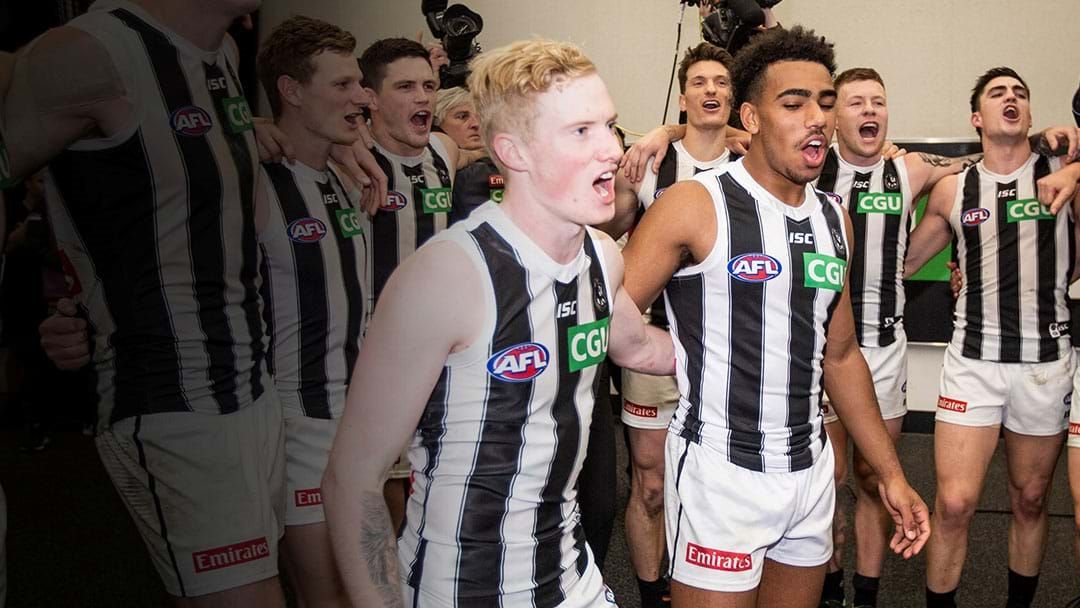 There's more than meets the eye with Collingwood's John Noble.

He now clocks in at 180cm and 72kg, but there were times when recruiters doubted if Noble could match it physically at the top level due to some health problems he experienced as a child.

The speedster joined Dead Set Legends this morning to chat about his adversities and his debut AFL season.

"We both had issues with our lungs developing in the womb."

"Through those medications I had as a kid, it sort've prolonged my development physically."

"For me it's built me up a really good resilience base."