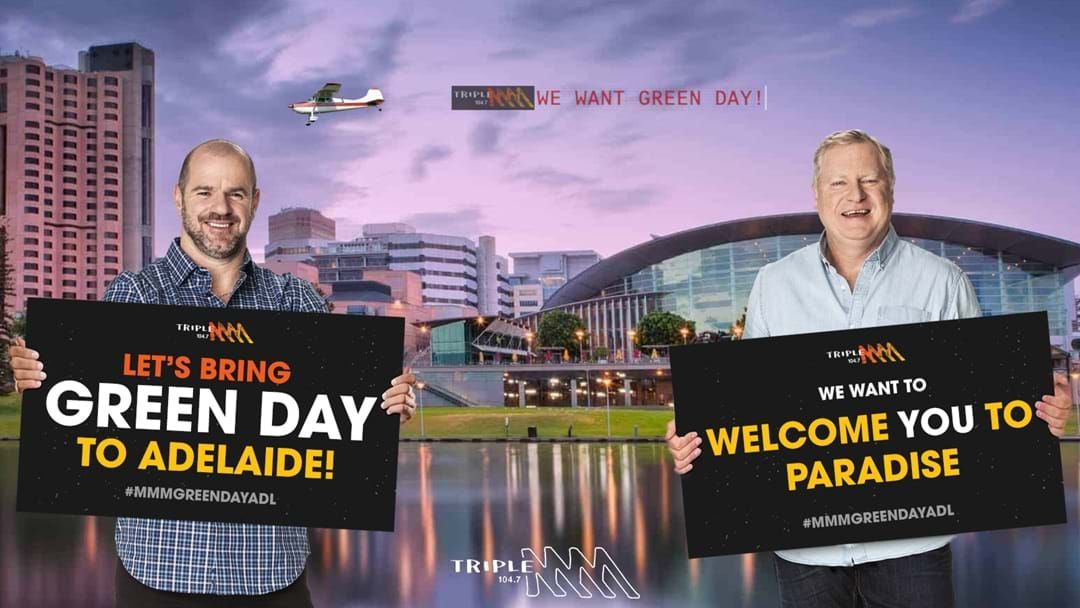 Green Day have announced a huge Australian Tour with Weezer and Fall Out Boy but they aren't coming to Adelaide!

Roo & Ditts are NOT happy and this morning on the show, they went on a bit of a rant about our fine city missing out on what's going to be an epic gig. And after making Producer Alice make a few phone calls to our boss and the big boss in Melbourne, we reckon we might have a chance of them coming after all...

Roo told the show the good news that, "If Adelaide can prove there's enough support for a Green Day gig, they (the band) have two spare dates."

"The noises I'm hearing is that we might have a chance of bringing Green Day to Adelaide... but we have to show them there's a lot of support here."

"We need to show the promoter and the band that we make it worth their while. We need to show we will sell out the Entertainment Centre. Come on South Australia. Let's do this. Let's bring Green Day to Adelaide."

"This isn't just a futile gesture," added Ditts "We've been told by the organisers that we can make this happen."

Well, that's all the encouragement we need! So this morning we've launched an online petition for Green Day fans, Triple M listeners and everyone in Adelaide to sign. Get around it and add your name here:

We also spoke to Michael Gudinski who told us why Adelaide misses out on so many big gigs and events. How does this make you feel?

Tell your mates, tell your family, tell everyone. And let's get Green Day to Adelaide!