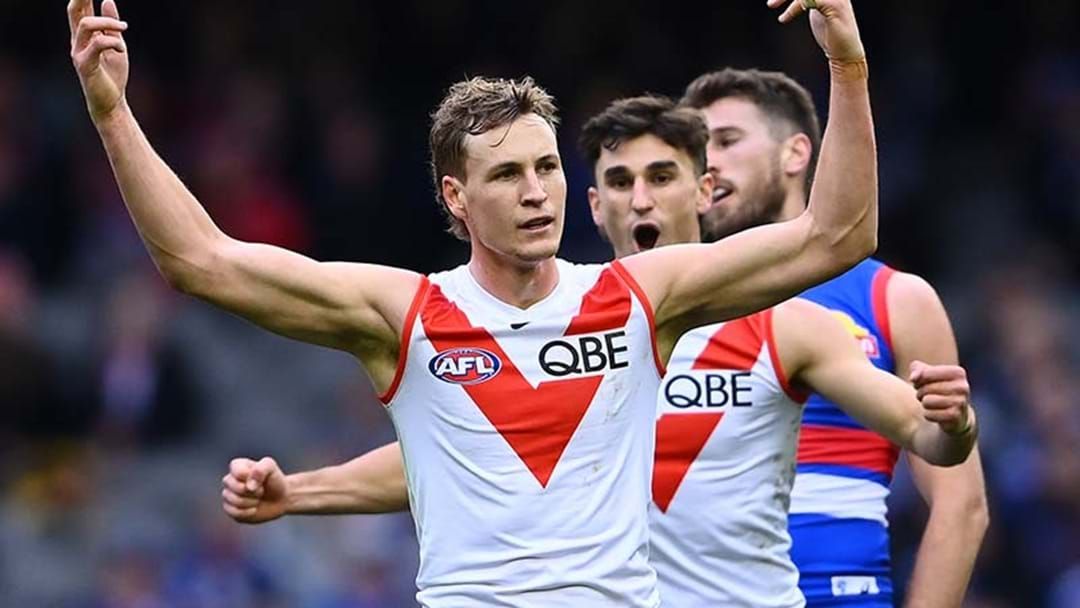 "I did Idolise Big Roo" - New Adelaide Crows recruit Jordan Dawson spoke to Roo and Ditts first to explain what (or rather who) got him over the line in trade to the Crows.

"My God, this was the longest saga in the history of Football but he's playing for the Crows; Jordan Dawson!"

Roo got his man and Dawson is officially a Crow. Rumour has it that Dawson was treated to a barbecue at the Ricciuto residence, and that got him to pull the trigger on the move. Ditts asked if there was any truth to the rumour.

As a Robe boy, Jordan was keen to return to South Australia, however, Ditts had to know why Jordan didn't choose to move to Port: "what was wrong with my mob?"

"It's a bit late for that now I reckon, Roo was one of my idols growing up."

Finally, we asked what Dawson's interactions with Crows Coach Matty Nicks have been like and "what will your role be?"

"Similar to Sydney the back half of the year, playing up on the ball a bit more. Maybe, continue my outside role on the wing, a bit of ball use going forward and hopefully kicking goals."

Jordan Dawson speaks to Triple M First about his move to the Adelaide Crows: