Joyride from Kal ends near Tammin 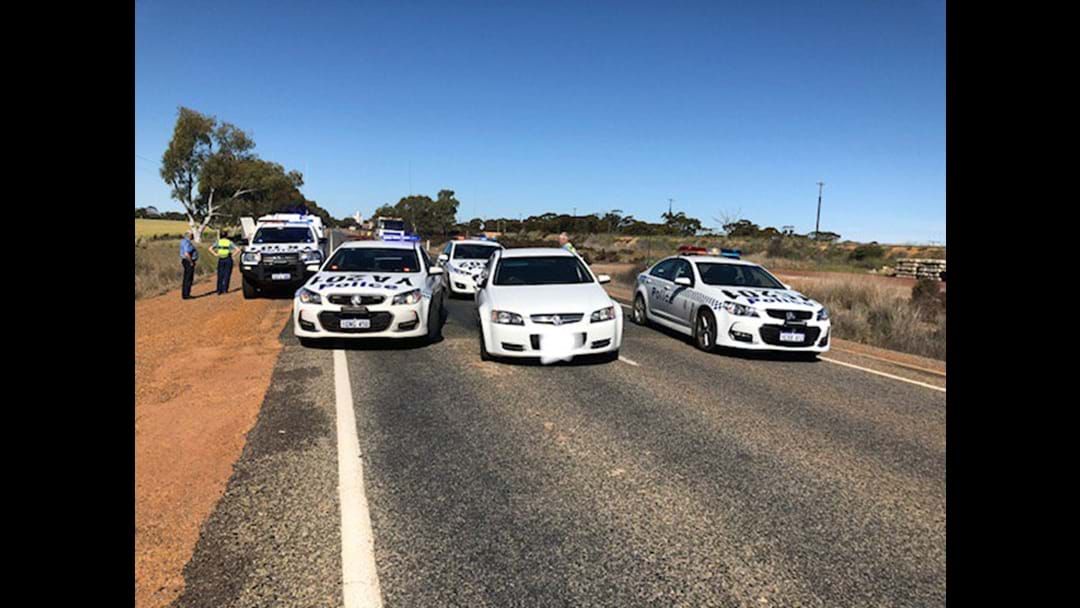 A 50-year-old man has been charged after a vehicle was stolen from a car yard in Kalgoorlie on Tuesday morning, 16 October 2018, and was then later involved in an attempt to evade police in the Wheatbelt District.

About 8:20am a man attended the car yard in Kalgoorlie and requested to take a Holden Commodore for a test drive. A staff member at the car yard turned the vehicle’s engine on, and then proceeded to move an object out of the way of the vehicle, at which time it is alleged the man entered the vehicle and drove off. The vehicle was subsequently reported stolen.

Just after 2:30pm officers from Narembeen Police observed the vehicle being driven on Great Eastern Highway in Hines Hill. The officers attempted to stop the vehicle, however it will be alleged the driver failed to stop. Cunderdin Police and Kellerberrin Police were deployed to assist with the incident.

It will be further alleged the driver of the vehicle was driving in a reckless manner at times, including driving through a service station and through a roadworks zone in manner that was unsafe. Officers responding to this incident had identified that the vehicle was heading towards the roadworks zone and they attended the site and advised the workers on site of the potential safety risk, and the workers were moved to safety as the vehicle approached.

A stinger device was successfully deployed in Tammin by officers from Kellerberrin Police. Despite having deflating tyres the driver attempted to continue driving the vehicle, however was arrested once the vehicle could not be driven any further.

A 50-year-old man of no fixed address has been charged with:

He was refused bail and appeared in the Perth Magistrates Court yesterday, Wednesday 17 October 2018.