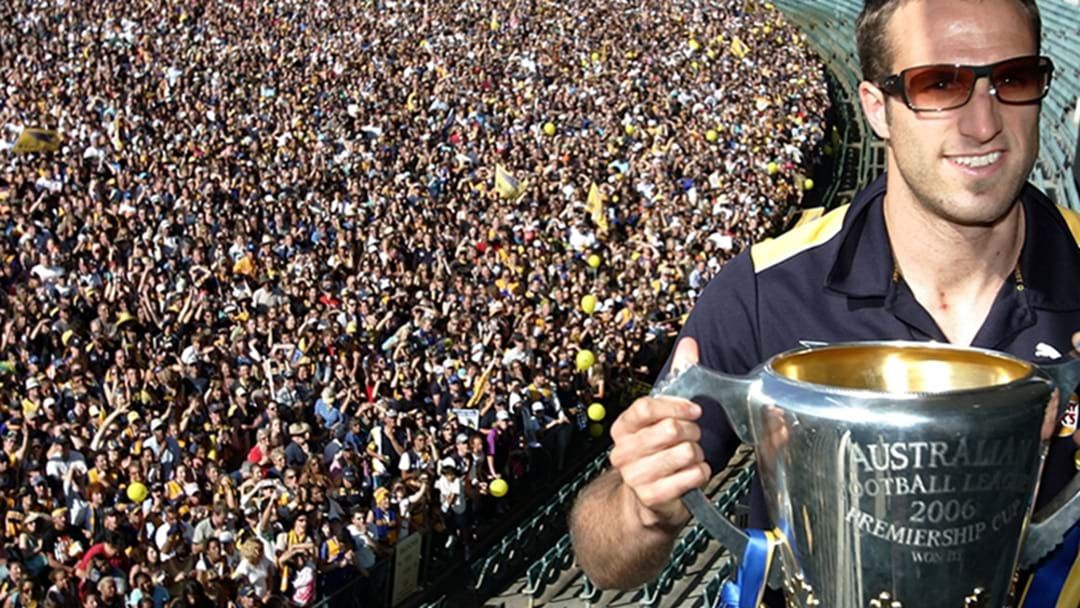 Former West Coast and Carlton captain Chris Judd joined The Rush Hour WA today to reminisce a little more on his stellar career, in the wake of his recent addition to the AFL Hall Of Fame.

Interestingly, Judd revealed to Lachy Reid and former teammate Andrew Embley that he still feels a tinge of guilt for leaving West Coast.

"I always felt disloyal for doing it,

"Rationally I could explain that guilt away but the guilt is still there nonetheless because you're leaving a club you care about and players that you care about as well."

The chat in full features Judd in fine form, talking about his time at West Coast and Carlton, what the Hall Of Fame means for him and who he thinks will feature in this year's finals series.