Just Be Nice To Each Other

Just Be Nice To Each Other

It Shouldn't Be That Hard 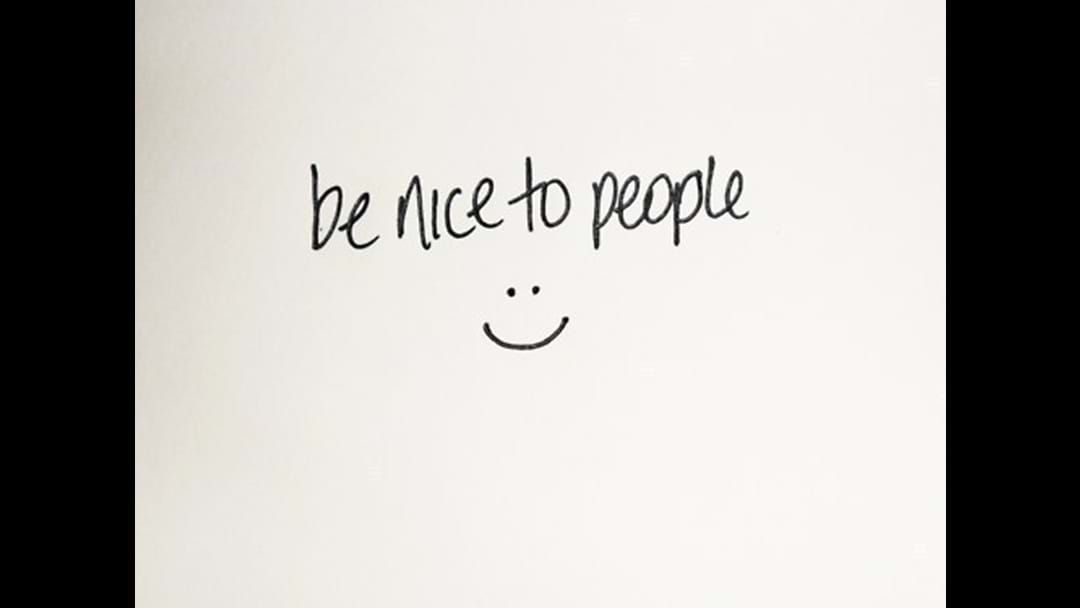 Remember a few days ago  when I said this is a time when  we’d find out if we’re going to turn to each other or on each other?

Sadly, I’ve seen and heard a bit of box A and a lot of box B.

It gave me a real lift, such a simple gesture that would have taken 1 minute to send  but helped me through the morning.

At the supermarket last week, before it really hit the fan, there was a group of people waiting for the doors to open and at that time what was most on people’s minds, yep, dunny rolls, and a lady who got in there first took a packet out of her trolley and handed them to an elderly lady and said “ I don’t need these but I wanted to help someone so here you go”

And then there is the other side of the story.

Today when I called to my local supermarket the lady on the checkout asked with a smile how I was doing. If she could not have cared less she is an amazing actor as it felt genuine, as if she really did want to know if I was OK.

“Not so bad” I said and asked how she was handling the madding crowd.

Turns out some creep had given her a mouthful because he couldn’t get the exact brand of some such thing he was looking for on the rapidly emptying shelves and it was apparently HER fault.

I do so wish I’d been there, I think I’d have considered it an early Xmas present to be able to defend the worker and let the pig know his actions are not needed, especially in these tense times.

That’s not the end of it. The manager of the store related stories of people pushing each other around for packets of rice and how a woman monstered a young man when he picked up the last bottle of soft drink.

So, we’ve come to this, and we have a long, very rough road ahead, where do we go now?

Try and find something, anything nice to do for someone else, no matter how insignificant you might consider the gesture.