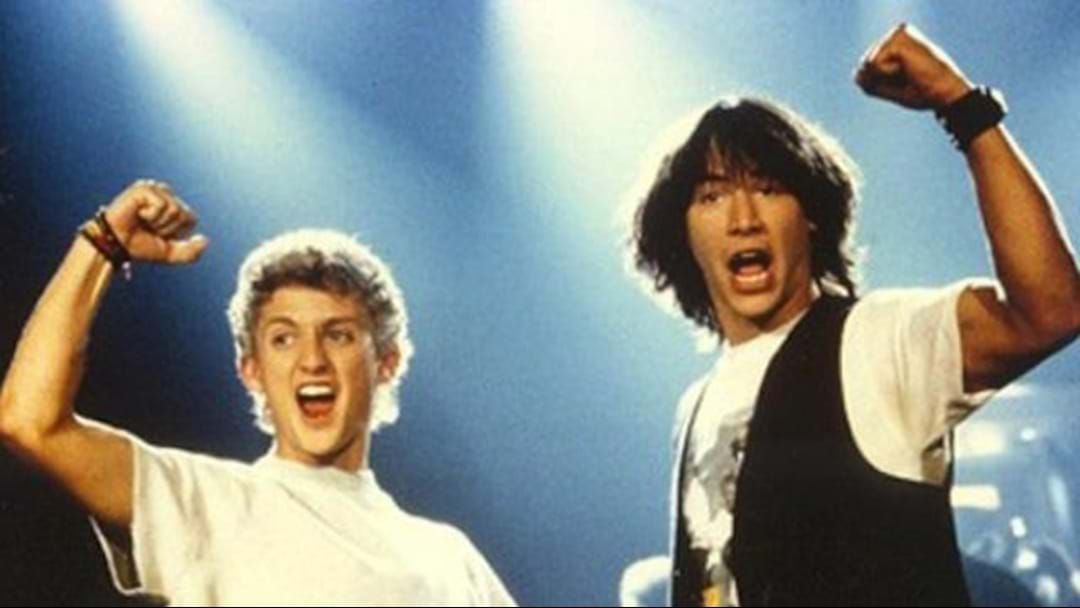 Bill and Ted are going on another excellent adventure, Keanu Reeves and Alex Winter have confirmed.

The pair announced that they would be teaming up for a third movie - almost 30 years after Bill & Ted's Excellent Adventure - at Cannes Film Festival in France.

With Reeves and Winter back as Ted "Theodore" Logan and Bill S. Preston Esq. and the original creators Chris Matheson and Ed Solomon writing the script, it's almost like 1989 again.

"We couldn't be more excited to get the whole band back together again," the actors said.

"Chris and Ed wrote an amazing script and with Dean [Parisot, director] at the helm we've got a dream team!"

According to The Sun, the story will pick up in (close enough to) real time, with Bill and Ted now middle-aged men whose plan to save the world through music has failed - miserably.

Despite writing thousands of songs with their band Wyld Stallions, Bill and Ted never quite fulfilled their destiny - so decide to take their daughters on a new adventure, packed with music legends and historical figures.

Sadly, the new movie will be missing one key character; George Carlin, who played the pair's time travelling guru Rufus, died 10 years ago at the age of 71.