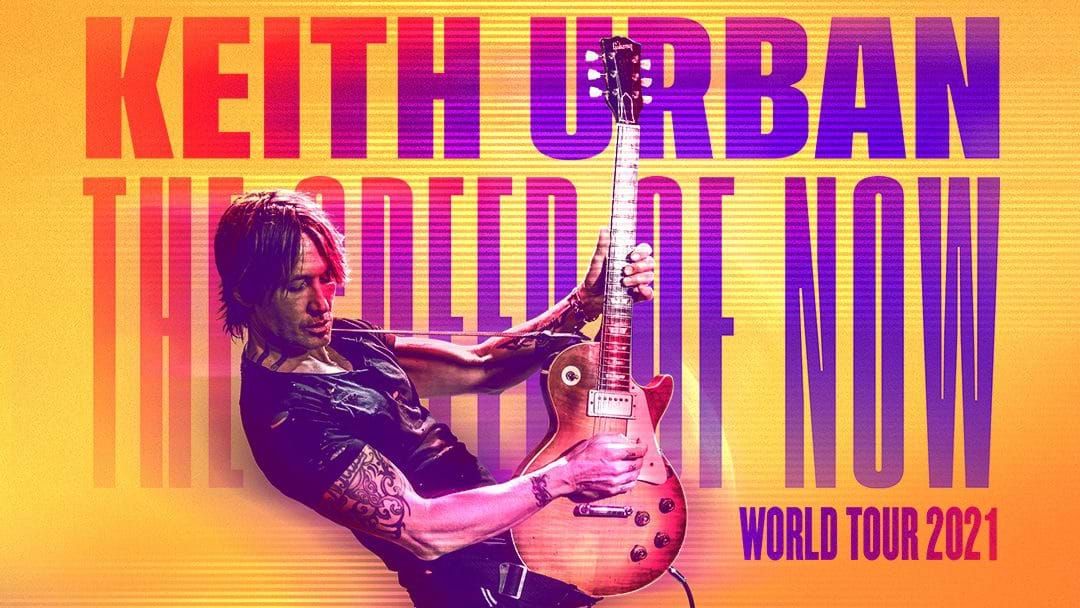 Five-time ARIA and four-time GRAMMY Award winner Keith Urban today announced 11 Australian concerts to take place in December 2021, the first of those revealed for his ‘THE SPEED OF NOW WORLD TOUR 2021.’

It marks Urban’s first concerts in Australia in more than two years and will be the first chance that fans will have to see him perform songs from his #1 tenth studio album.

The tour, which will begin on 1 December 2021 at Newcastle Entertainment Centre, will include stops in Sydney, Wollongong, Adelaide, Melbourne, Perth, Brisbane and the Gold Coast. Tickets go on sale at 12 noon on Tuesday 8 December, please visit keithurban.com

Urban is always pushing forward with insatiable creative hunger. During ‘THE SPEED OF NOW WORLD TOUR 2021’ Urban will deliver a set filled with his best-known hits including ‘One Too Many’, ‘The Fighter’, ‘Wasted Time’, ‘Blue Ain’t Your Colour’, ‘Long Hot Summer’, songs from his #1 album, ‘THE SPEED OF NOW Part 1’ and never-before-seen state of the art production. It will also be Urban’s first show in Perth since the ‘Light the Fuse 2014 Tour’.

Urban’s two-hour plus shows are power packed with an energy and showmanship that gives him the unique ability to touch every soul in the audience from the first note to the final confetti drop and consistently reaffirms his reputation as one of the music industry’s best live performers.

His previous global tour, the critically acclaimed ‘GRAFFITI U World Tour’ played before nearly 1.5 million people in seven countries on three continents, including close to 100,000 people in Australia, and saw him praised as “the ultimate musician and performer” with critics raving that “the hype is deserved”.

Since its release ‘The SPEED OF NOW Part 1’, which includes the worldwide smash ‘One Too Many,’ featuring P!nk, has cracked sales and radio charts in Australia, the U.K., Japan, Germany, the Netherlands, China, Russia, Belgium and South Africa.  It simultaneously debuted at #1 on the charts in Australia, the United States and Canada and includes ‘Polaroid,’ ‘Superman’ and ‘Out the Cage,’ which features Breland and the funk/pop icon Nile Rodgers.

Event goers can take advantage of Ticketek’s world-leading partnership with Afterpay. Available via the Ticketek app or website, Afterpay is the world’s largest buy-now-pay-later service, offering fans greater flexibility to pay for tickets in four equal instalments and secure seats with the first payment.