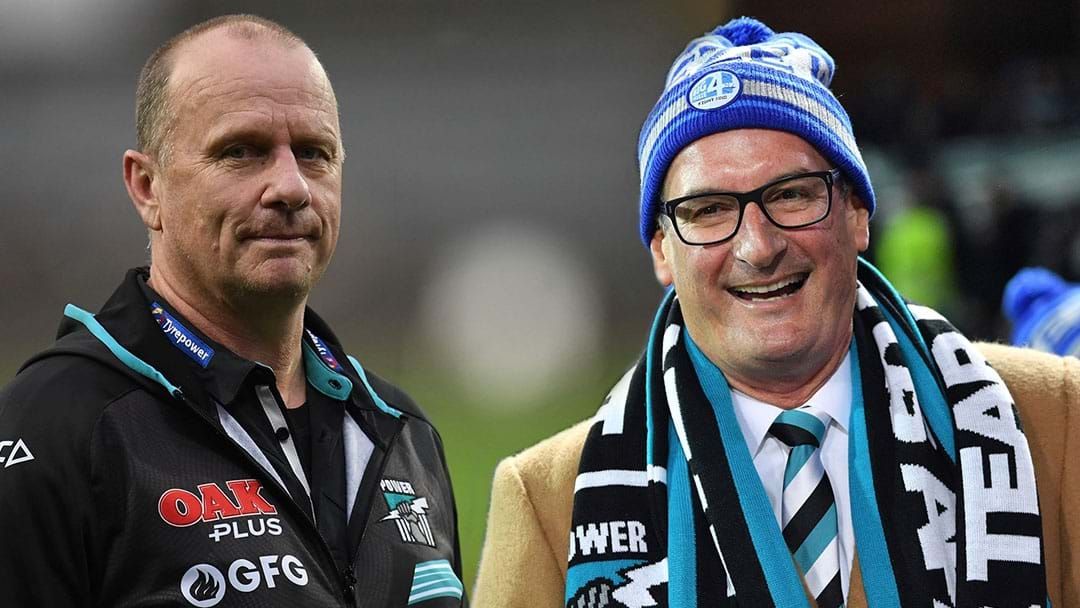 Ken Hinkley has said that assistant coaches interviewing for jobs at other AFL clubs is just part of the industry that needs to be accepted.

These comments come 24 hours after Port Adelaide president David Koch said on Sunrise that Michael Voss should "focus on the job at hand" and leave interviewing at other clubs until after the season.

The Port coach acknowledged that Koch's comments were 'tongue in cheek'.

"I've been apart of it. I've been involved in it."

"So if we're going to jump up and down about it we're being a bit silly."

"We haven't figured out a better way to do it and until we do we have to stick with what we know."

Hinkley also spoke about Port's inconsistency so far this season and the exciting youth in the line up.