With the WA Police Pipe Band 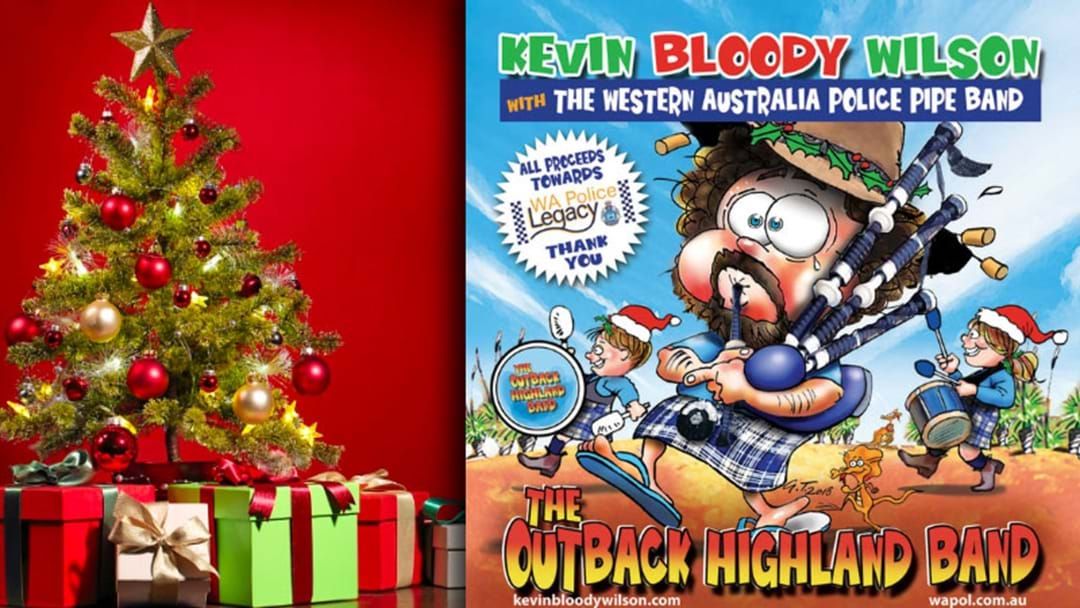 In a musical pairing we don't reckon, you, us, or anyone for that matter saw coming, the WA Police Pipe Band have teamed up with Kevin Bloody Wilson to record a Christmas song that will be raising money for WA Police Legacy (supporting police families when they need it most).

No, not THAT famous Christmas song by Kevin Bloody Wilson... this one.

The track tells the story of the Grandpop and Nanna's trip from Scotland to Australia... and how they celebrate their "Celtic Aussie blood" here in Australia each Christmas.

Written by the man himself, it's a homage to Kev's very own family heritage.

Of course, it's all for a good cause as well... all proceeds go to WA Police Legacy and the Police Families' Assistance Council.

The single can be purchased for a minimum donation of $2, but any amount can be donated.

Well bloody done Kev and the lovely peeps at the WA Police Pipe Band... it's a wee ripper!