Kevin Rudd Slams The NBN As A Ruddy ‘Train Wreck’ 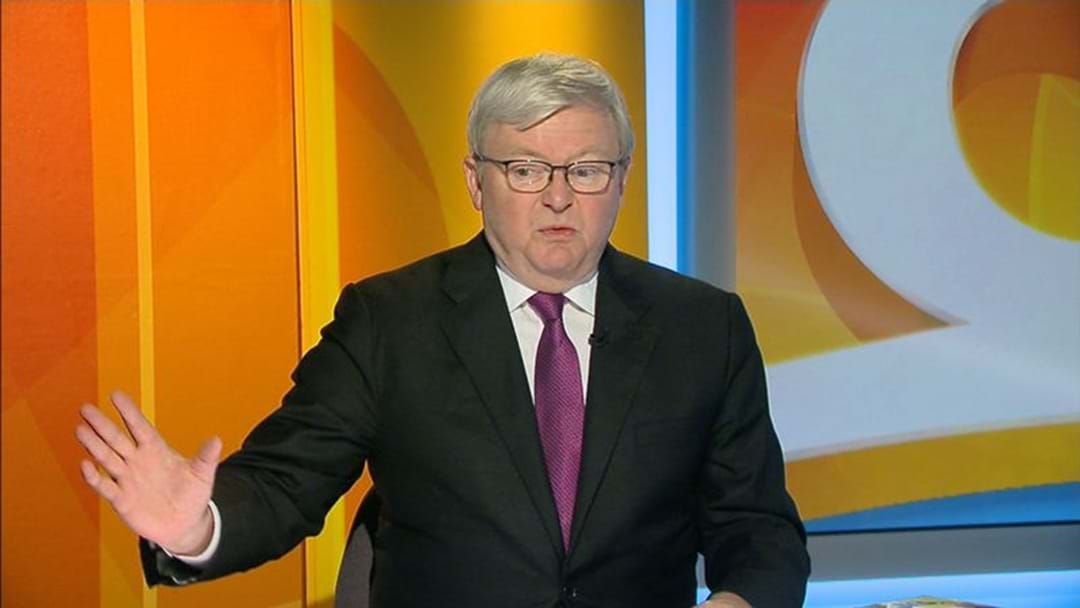 The former PM has slammed the Turnbull government’s network roll out as a “train wreck” that’s undelivered on Labor’s original vision of high-speed fibre-optic internet for everyday Australians, Nine reports.

“What happen then is they [the Coalition] changed the model completely from fibrotic to the home to fibre-optic cable to the node, putting it back onto the punter to then pay for that last link,” he said on Today Extra.

“As a result of that, why do you think people are not frankly taking to it because it’s practically useless?

“It makes my blood boil because these guys did a 180-degree change. [They] produced an entirely new NBN while keeping the name and (they) radically change it on whether the cables going to go to your home or somewhere else in the suburb."

It comes as Communications Minister Mitch Fifield was grilled by Karl Stefanovic on this morning’s edition of Today over the government’s roll out of the network.

"We've turned it around, we’ve got in on track," Mr Fifield said.

"[The] NBN is now available to half the nation and it’ll be 75 percent by the middle of next year. It will be all done and dusted by 2020.

“That's six to eight years sooner than it would have been the case under our predecessors."