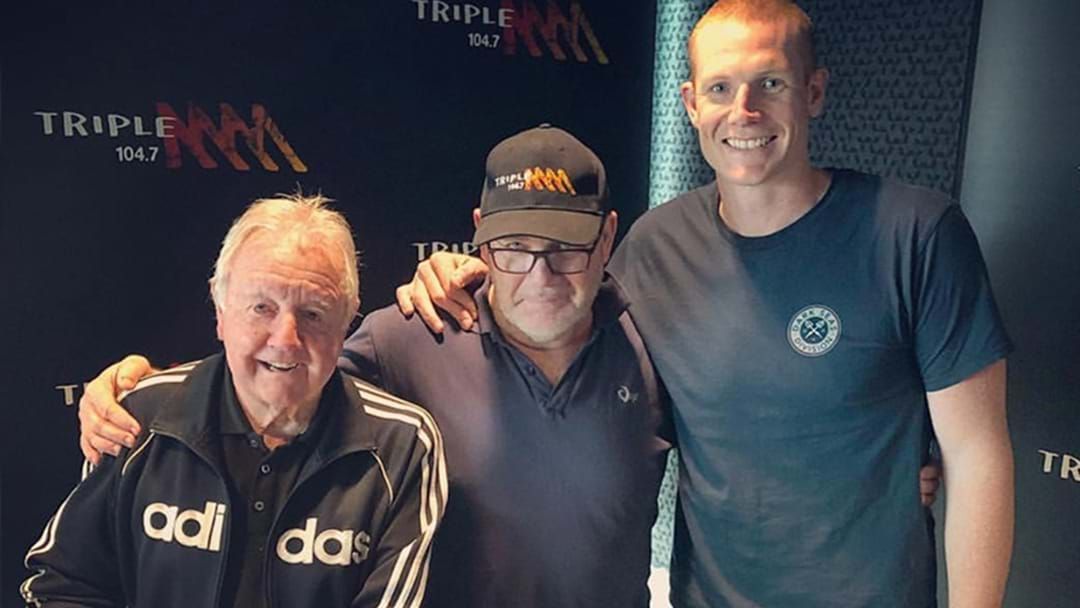 Ken 'KG' Cunningham has made his emotional farewell from Triple M and Dead Set Legends on air today.

The great KG clocked in for his final show on Triple M's Dead Set Legends on Saturday, joined by Andrew Jarman and Adelaide's Sam Jacobs.

It was an emotional goodbye as a few of Triple M's favourites, including Roo, Louie, Blewie, Jars, Tredders and Sam Jacobs all thanked him.

"I have some wonderful memories," KG told the guys in a beautiful speech that included an on-air embrace with his great mate Jars.