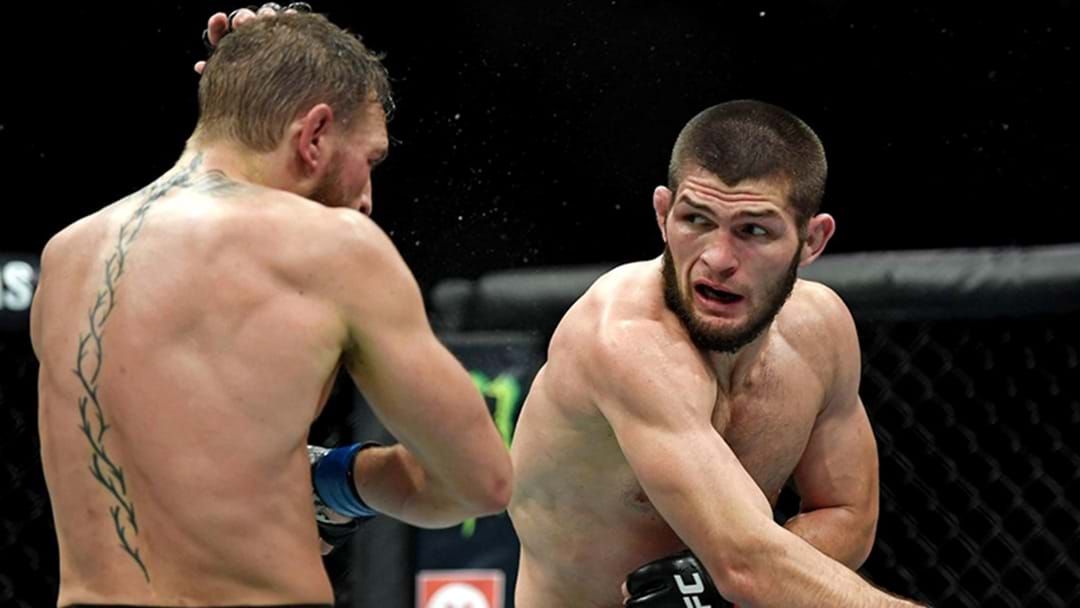 With his MMA future currently up in the air, Khabib Nurmagomedov has revealed what could be his next potential superfight.

The UFC Lightweight champion is claiming he has been approached by the WWE to join the world of professional wrestling.

And Khabib has wasted no time, going after former UFC Heavyweight champion Brock Lesnar with an ominous hashtag - #SmashLesnar.

While it's highly unlikely the Russian would move into the professional wrestling industry, he may have some time on his hand depending on the outcome of the investigation into that post-fight brawl.

The Nevada State Athletic Commission is set to convene on October 24 to address the issue and any subsequent punishment of Nurmagomedov and Conor McGregor.

Anything from a fine or suspension is possible for the pair.