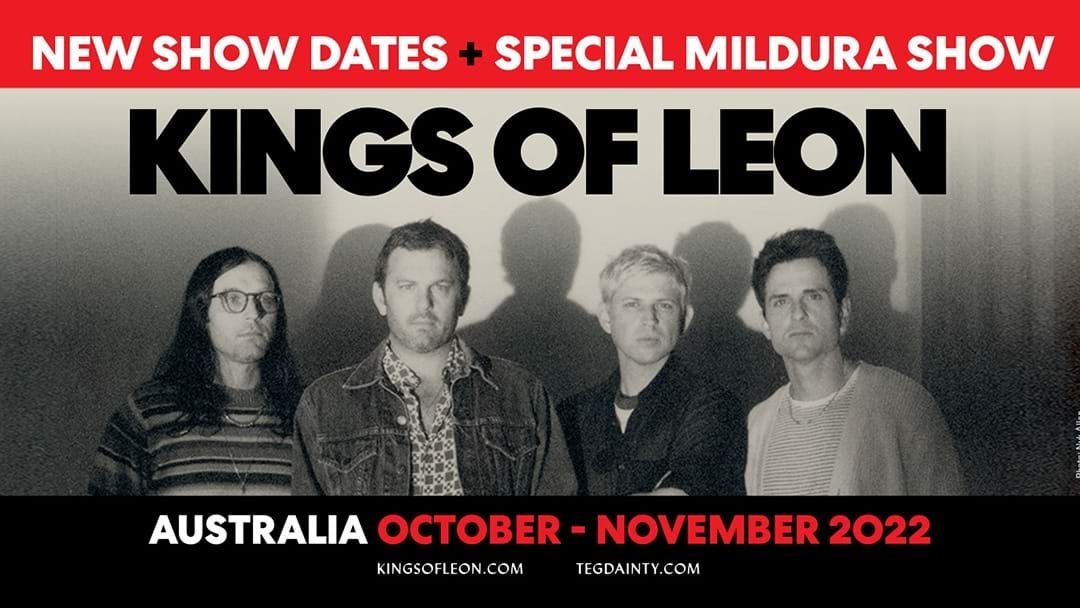 Kings of Leon have announced their brand-new October and November 2022 dates and a very special, new regional show in Mildura, which kick-starts the band’s Australian tour.

Since Kings of Leon first captivated a global audience with the release of their debut EP Holy Roller Novocaine, back in 2003, Australia has been obsessed with this band of brothers (and one cousin).

After honing their craft for 20 years, Kings of Leon have cemented their position as one of the world’s top rock acts, headlining international bucket-list festivals including Glastonbury, Coachella, Bonnaroo, Lollapalooza’s in Chicago, Berlin, Sao Paulo and Santiago, to name but a few, along with a record breaking 4 nights at London’s Hyde Park.

Don't miss your chance to catch Kings Of Leon LIVE!