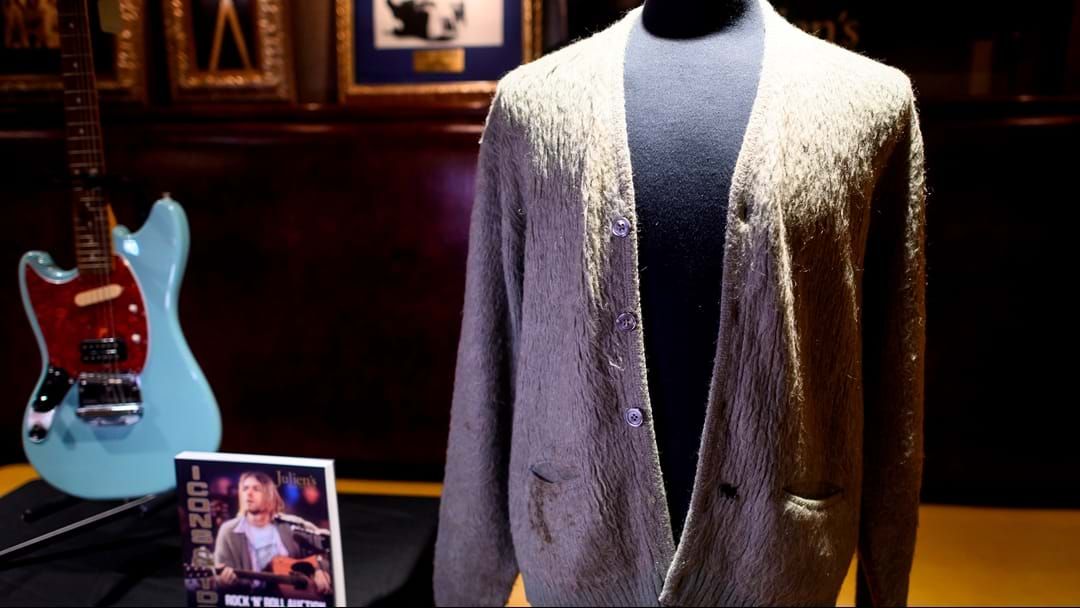 The cigarette-burned, unwashed cardigan that Kurt Cobain wore during Nirvana's MTV Unplugged performance has sold for just shy of $500,000.

Now the most expensive jumper ever sold at auction, the green, mohair button-up has not been washed since it was last worn for the show in 1993.

Despite its stains - and cigarette burn marks - the cardigan sold at auction at New York's Hard Rock Cafe on Saturday for AU$489,000.

President of Julien's Auctions, Darren Julien, said the sweater was "the holy grail of any article of clothing that he ever wore."

Also going under the hammer was Cobain's Fender Mustang guitar, custom-made and used during the band's In Utero tour, which sold for around AU$498,700.

The guitar had been displayed at the Rock and Roll Hall of Fame for some years.

Below, listen as Triple M remembers Kurt Cobain, 25 years on: