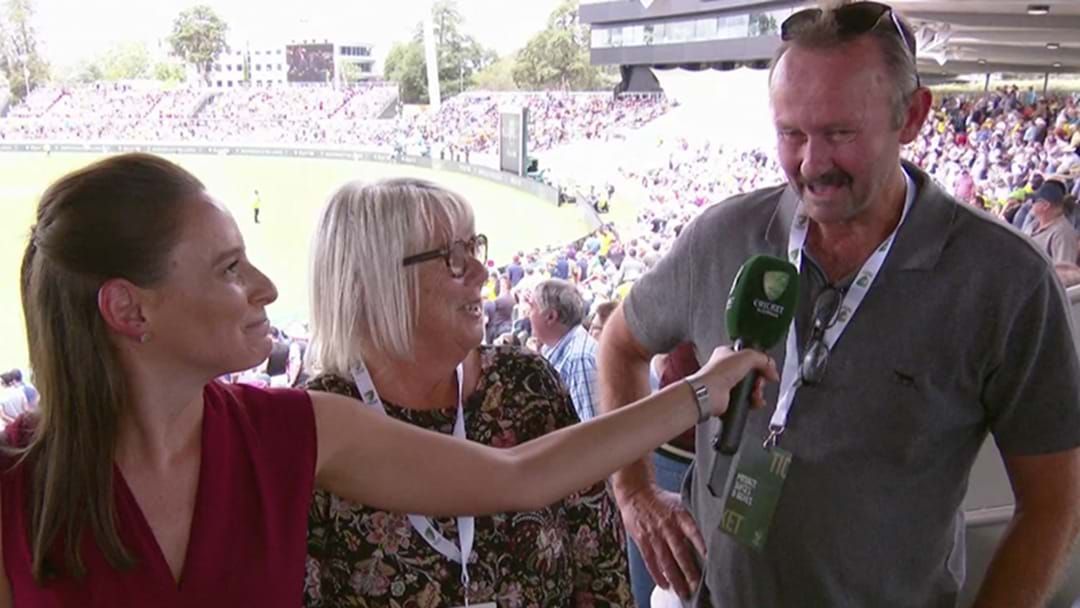 Kurtis Patterson's dad might be as much of a find as Kurtis himself.

Australia's newest Test batsman made his maiden Test century in Canberra against Sri Lanka, finishing with 114 not out as Australia declared at five for 534.

And Patterson's dad, Brad, was pretty thrilled as he and fellow proud parent Dana talked to Triple M's own Neroli Meadows.

"How will you celebrate?" Meadows asked on Fox Sports.

It got a good chuckle out of the three of them.