Kymba Asked Clive Palmer For His Mobile Number And Oh My, The Irony Was Palpable

Kymba Asked Clive Palmer For His Mobile Number And Oh My, The Irony Was Palpable 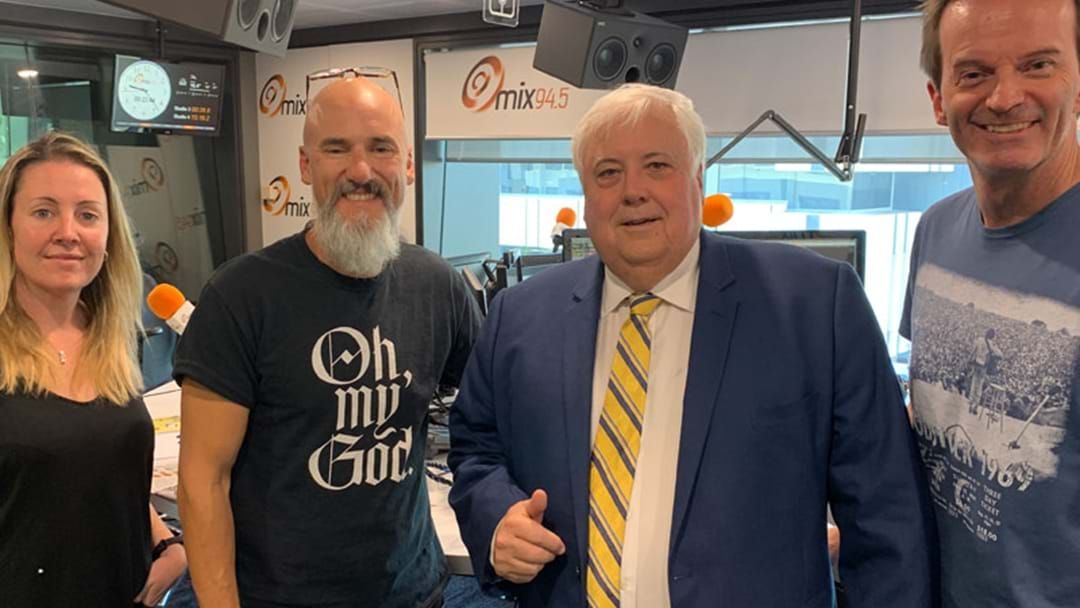 Clive Palmer came into the studio and immediately, Kymba asked him for his private mobile number, so, you know, she could text him multiple times.

Turns out he wasn't that keen.

Clive didn't stop there though. Turns out he doesn't think very much about Australian Parliament.

The chat in full was equally robust. Clive tackled all the big topics and why he wants to put "Australia first".

With the election less than two weeks away, it's game on!