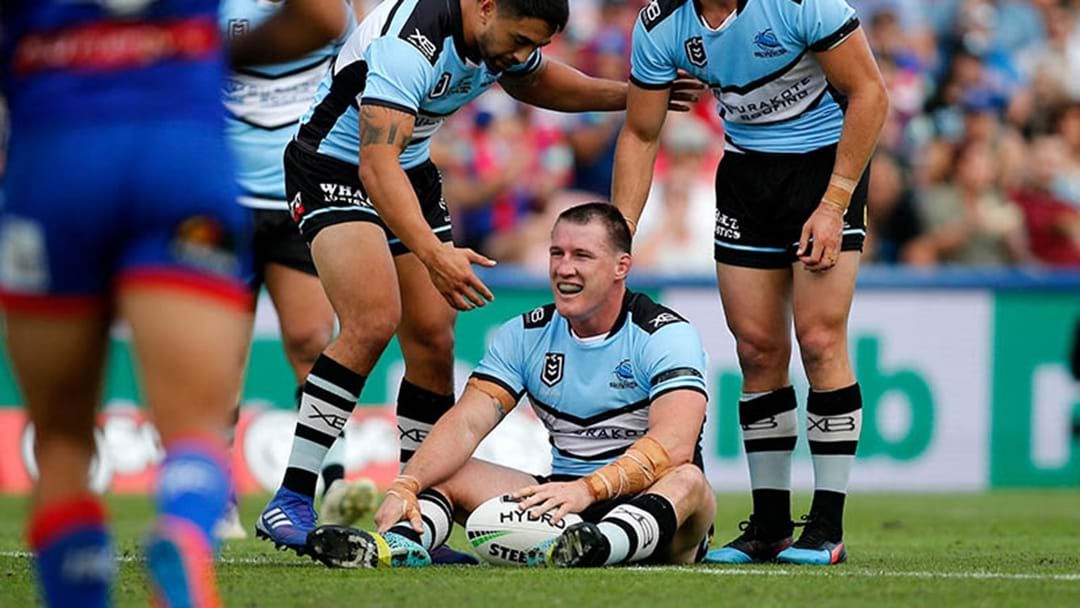 The roar of the Newcastle Knights crowd as Paul Gallen dropped the ball, and essentially the game, in the closing moments of Friday's drive-time game was deafening.

Gallen didn't just cop it from the crowd but almost the entire Knights team ran in to give the Sharks captain a mouthful.

One of the 'frontman' during that chat was Lachlan Fitzgibbon who joined Triple M Saturday Footy to reveal exactly what was said.

In an extended interview with Triple M, Fitzgibbon also discussed his ambition with the Knights and how they expect to fare during the 2019 season.