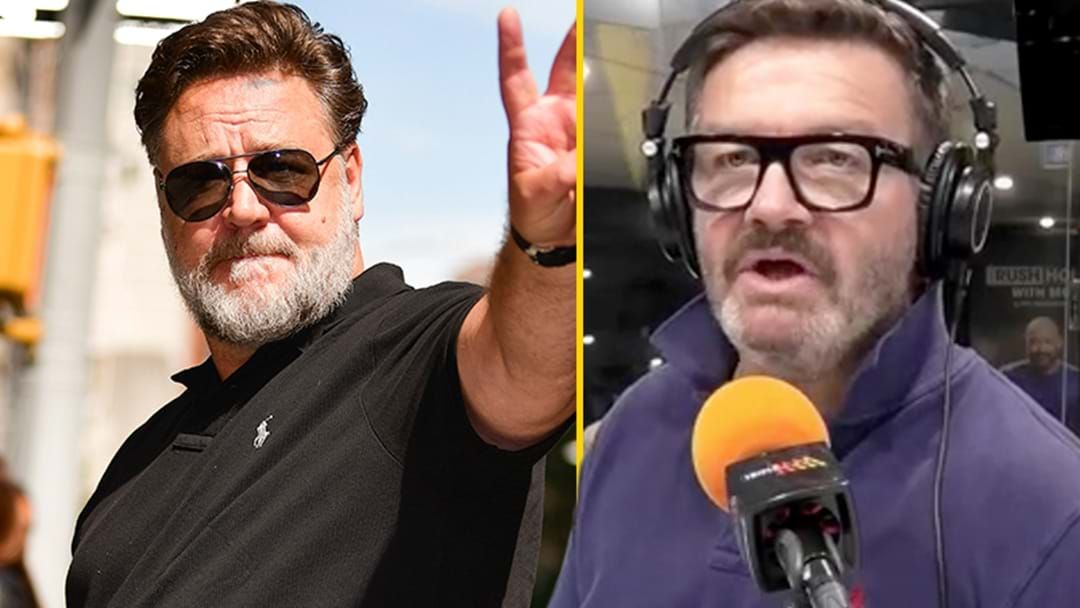 Kennedy Molloy was joined by long-time friend of the show Lawrence Mooney on Monday!

Moonman swung up and was introduced to Crowe's message on climate change aired during the Fire Fight Australia benefit concert last night, which has gone viral for concisely urging people to act to fight climate change.

That's when Moonman slipped into his own Russell Crowe that might have been better than the original!