"I'm not supposed to say that" 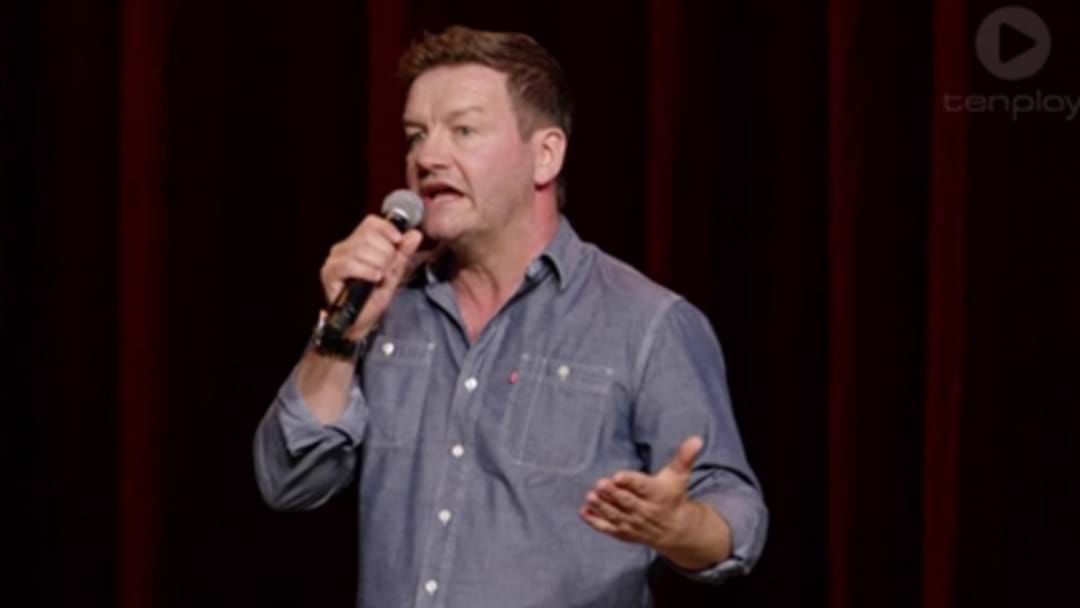 Channel 10 have been dropping hints about who may be heading into the African jungle for this year's I'm A Celebrity, Get Me Out Of Here and speculation is already rife.

So far the teases have pointed towards a "best-selling author" who "has exposed many tabloid secrets", a tennis star widely reported to be Bernard Tomic and a pop sensation "known only by their first name".

One of the other clues dropped on the I'm A Celeb social media accounts is that "Australia's stand-up queen" will also be making an appearance in camp - and that she has "A LOT" to talk about.

And now that particular campmate's identity has been revealed by Triple M's own Lawrence Mooney, who made the announcement on The Big Breakfast on Wednesday morning.

Admitting that maybe he shouldn't say what he was about to say, the Moonman explained that he had been "pushed too far" by a friend of 20 years and this latest news had prompted him to end their friendship.

"I haven't spoken to this friend for a while because the last time that we were involved together I was let down again terribly," he said. "At a gig. By a fellow comedian. Who has had issues with substances.

"We were talking about who's going into the jungle and it's highly, highly, highly secret for I'm A Celebrity, Get Me out Of Here and this information came to me through a source yesterday.

"I checked the information - a very reliable source- and I know that one of the people going into the jungle is my friend Fiona O'Loughlin.

"She's going into the jungle. I'm not supposed to say that."

Have a listen to the Moonman's full, gritty chat here: