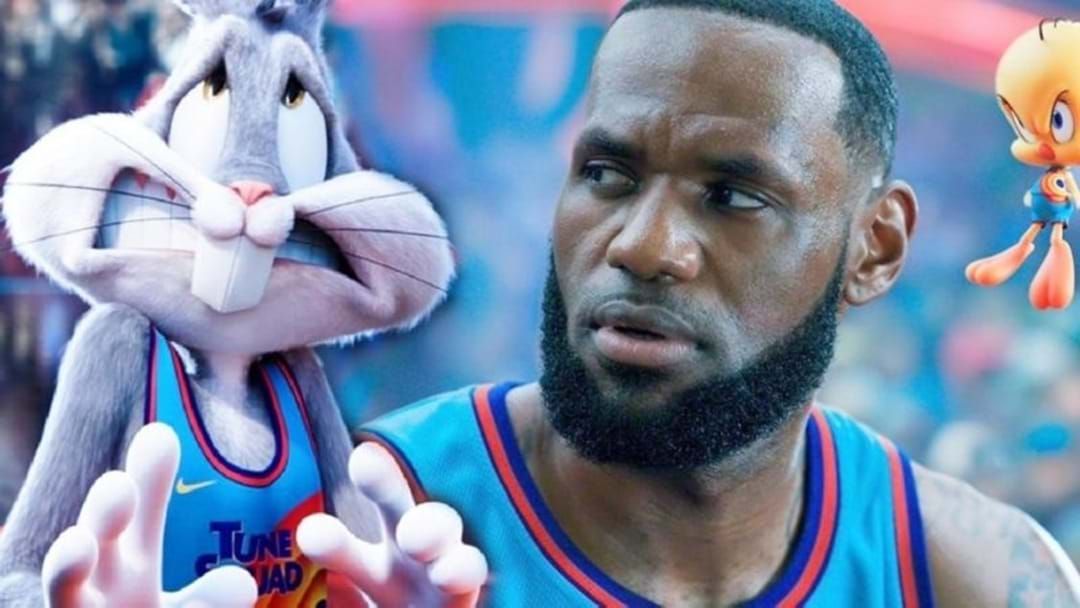 Are you ready for some serious nostalgia?

Four-time NBA champion LeBron James will be taking on his biggest game to date and we are way too keen.

James is officially taking on his first role as leading man in the latest instalment of Space Jam: A New Legacy and we can hardly contain our joy!

That's right, Bugs, Lola and the rest of the Looney Tunes are back to cause some more havoc and this time, they've dragged MVP LeBron James along for the ride.

In case you're not familiar, the original 1996 film featured the great Michael Jordan and was inspired by the Nike advertisement "Hare Jordan". The plot followed MJ, Bugs and the whole Looney Tunes team as they worked to defeat a bunch of aliens who stole "mojo" from Jordan's fellow NBA star players.

The film quickly became a cult classic and was a favourite movie for many of us 90's babies. The new film, which was produced by James and "Black Panther" director Ryan Coogler, is an official sequel to the original film.

James told Entertainment Weekly in an interview that he dreamt about somehow being involved with Space Jam since he was a kid.

"In my younger days, part of my thinking was '"Space Jam" was so good, how can I top this?'"

James gave his fans a peek at some of the photos from the film as part of his interview with EW and we're not gonna lie, it looks bloody awesome.

The plot for the latest instalment follows LeBron and his (fictional) son as they try to escape some type of virtual reality by winning a game of Basketball against some advanced artificial intelligence. The film also features a bunch of superstar cameos including Anthony Davis, Chris Paul and Draymond Green.

Apparently, this isn't the first time LeBron was given the opportunity to spark up another Space Jam, but when he was approached 15 years ago, he didn't feel as though he was ready to take on something that huge.

James is no stranger to the big screen or the small screen in fact, having appeared on SNL, Entourage and had his big movie break in comedy film Trainwreck featuring Bill Hader & Amy Schumer.

Since walking away from his Space Jam opportunity 15 years ago, James has well and truly proved himself both on and off the court and is more than ready to fit the gigantic shoes of Michael Jordan.

Space Jam: A New Legacy is expected to hit US theatres over the summer and HBO Max on July 16th. Stay tuned for Aussie release dates!

Tune into the latest 'Pub Talk' below...