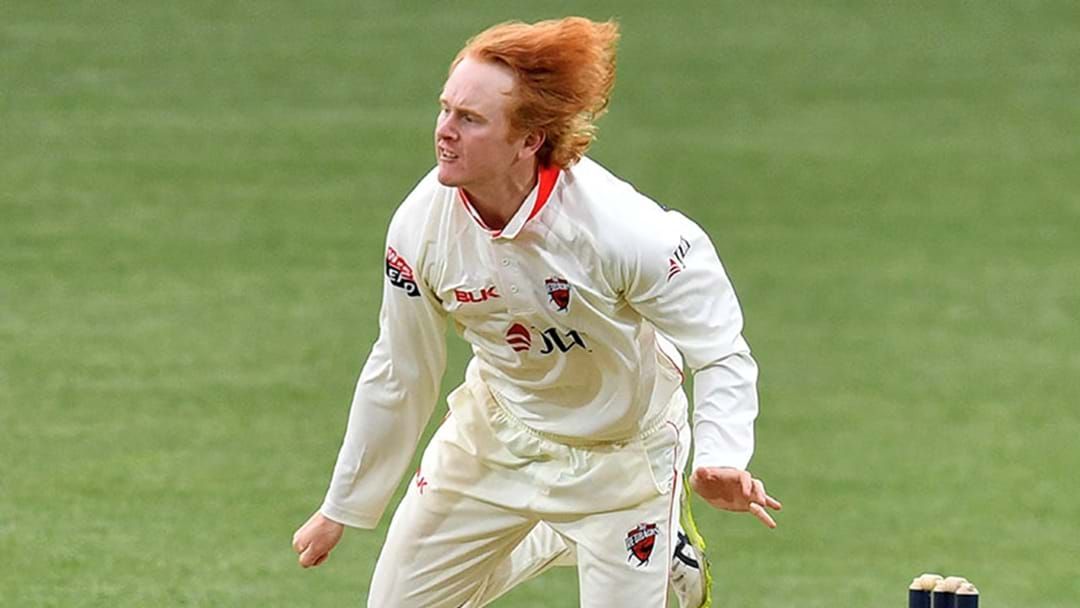 Our new leg spinning hero Lloyd Pope has signed a Big Bash contract with Sydney Sixers for this season’s competition.

Pope is just 18 but has already caught the eye of cricket loving Aussies with his lavish red locks and unplayable googly.

He came to prominence in January when he rolled the Poms in an under-19 World Cup quarter final with figures of 8/35, helping the Aussies defend 127.

He also made headlines two weeks ago when he ripped apart Queensland with his wrong ‘uns, picking up a 7/87 in just his second Sheffield Shield match — the youngest player in the history of the competition to take a seven for.

Now he’ll be coming to prime time over the summer as he dons the pink for the Sixers’ season.

The Sixers’ first game is against Perth Scorchers at the SCG on Saturday December 22.

Make sure you download the Triple M app on iTunes or Google Play to stay across our best stuff!