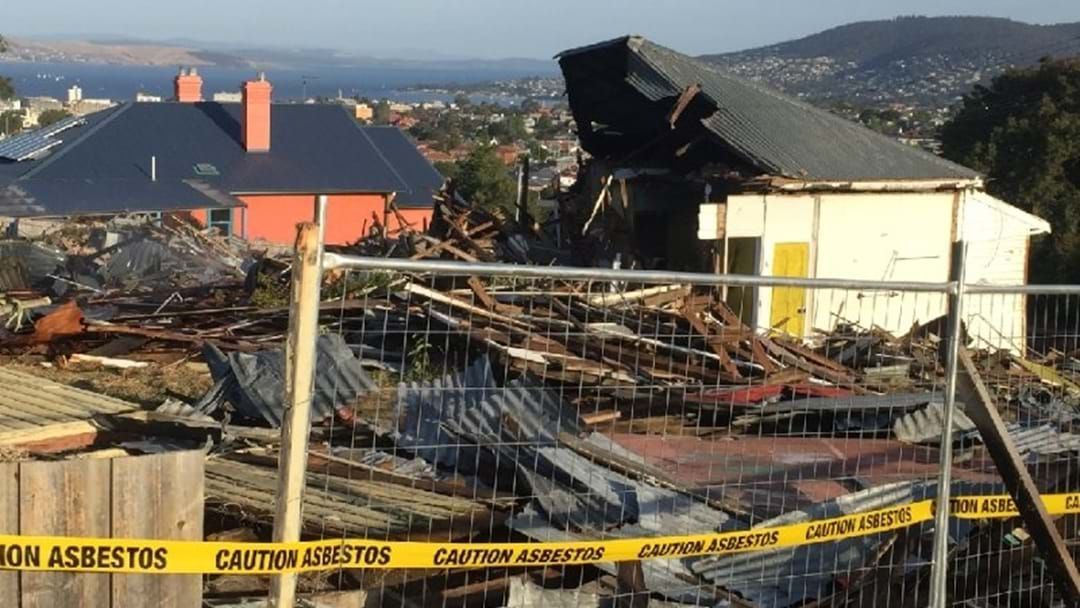 Legal proceedings have commenced against the owner of a 1885 house in Mount Stuart, at the centre of controversial actions in February this year.

Hobart City Council have confirmed that summons had been served on the owner who allegedly attempted to demolish the house in unauthorised works that took place while electricity was still connected to the property and resulted in asbestos being disturbed in the roof.

The house at Mt Stuart Road, carrying a heritage listing, was all but fully destroyed in the brazen actions which are believed to breach the Land Use Planning and Approvals Act. The summons also quotes a breach of the Environmental Management and Pollution Control Act related to the unauthorised removal of trees and demolition of the building four months ago.

Property owner Darko Krajinovic could face a 10 year ban on developing the property if legal action against him is successful.