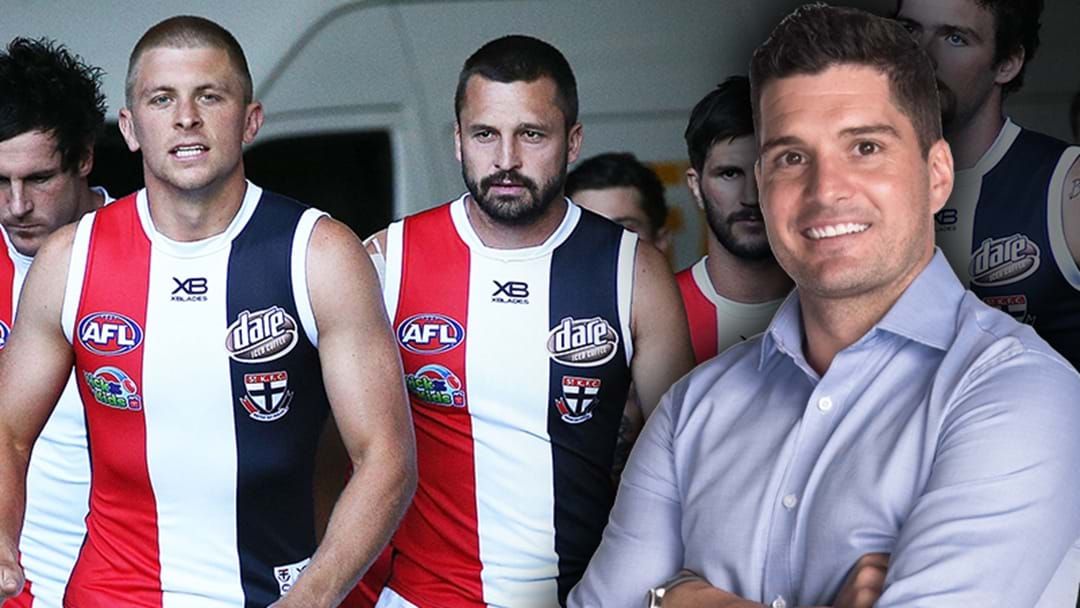 Former St Kilda champion Leigh Montagna told Dead Set Legends this morning that he believes the Top 8 will be locked in after this weekend.

Joey expects Collingwood & GWS to both win tomorrow and he can't see the top eight changing after the end of Round 9 if results fall that way.

Montagna believes that his old side should also hold a spot in the eight if they can win against the Swans this afternoon.

He said the the Bulldogs, Carlton & Essendon have been too inconsistent to lock down a spot.

That leaves Brisbane, Port Adelaide, Richmond, West Coast, Geelong, Collingwood, GWS & St Kilda to fight it out for the flag.

Catch the best bits from Triple M Footy this weekend including a special edition podcast version of the Friday Huddle!