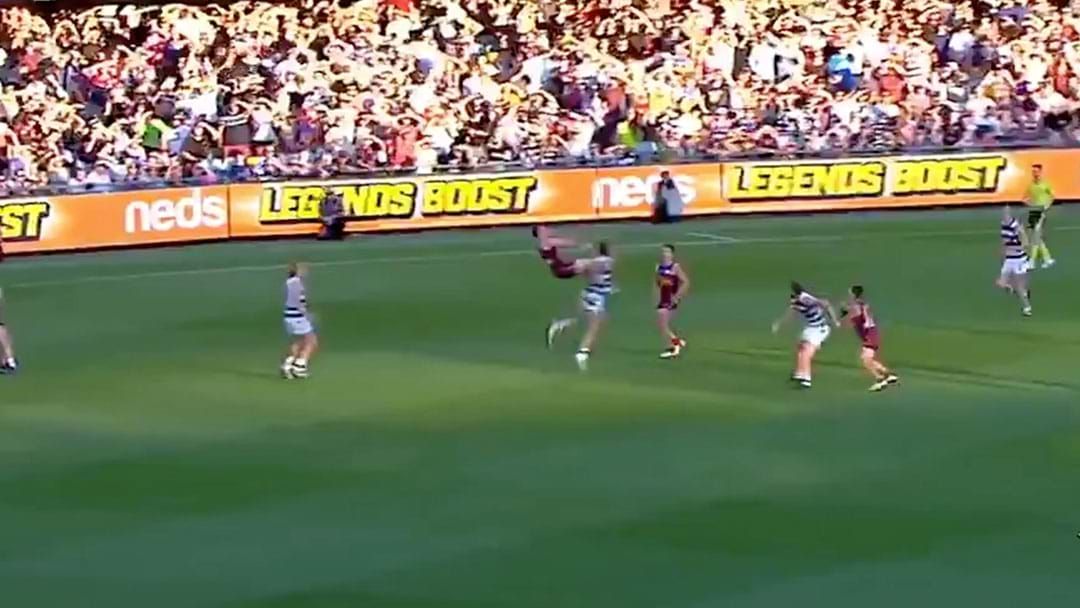 Brisbane star Lincoln McCarthy has just pulled down a massive contender for mark of the year at the Gabba.

He then strolled back and kicked the winning goal with just two minutes on the clock — against his old side, Geelong, who were top of the table, no less.

The comparisons to Gary Moorcroft iconic 2001 mark flew in:

Brisbane will now top the table after 22 rounds, barring a massive West Coast win over Richmond at the MCG tomorrow.