LISTEN | Adam Rozenbachs Answers Who's Been The Most Boring On The 2019 Election Campaign!

LISTEN | Adam Rozenbachs Answers Who's Been The Most Boring On The 2019 Election Campaign! 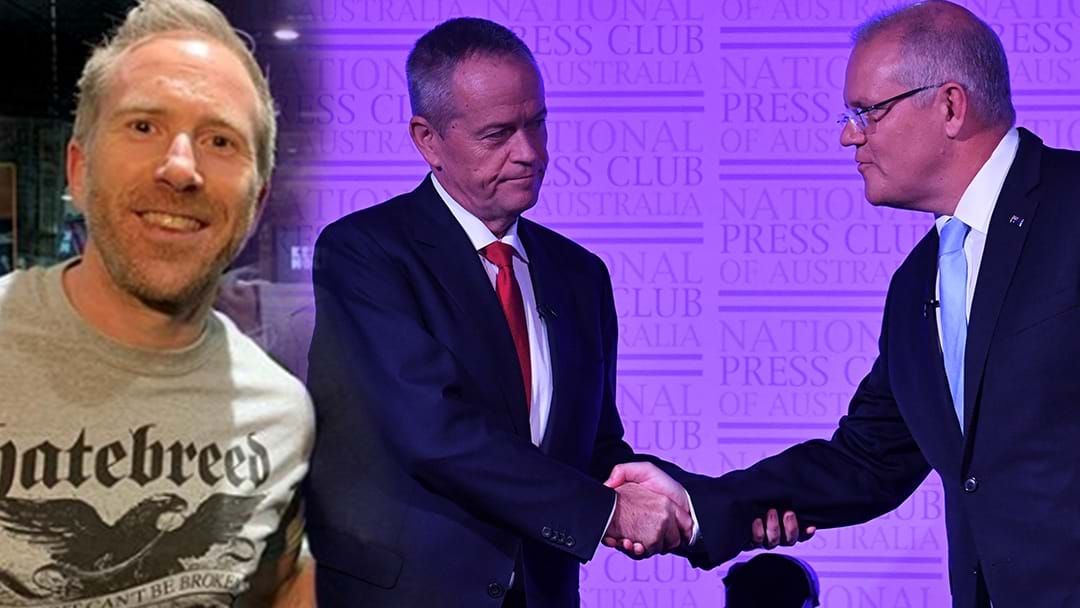 After following both Scott Morrison and Bill Shorten around during this year's election campaign, Adam Rozenbachs came on Kennedy Molloy and was quizzed about which leader had been the most boring.

He had a pretty clear answer!

WHO'S THE MOST BORING?

"Each her their own points that they kept labouring," he told Mick and Jane.

But Rozenbachs had a pretty definitive response after tracking one to a school.

"I went to a school in Gosford on Monday," he said.

"If you're at high school, the one thing you want to do is get out of class. It doesn't matter what is on. You just go. You're out of class. Don't care who's there.

"These girls were praying for algebra to come back!"