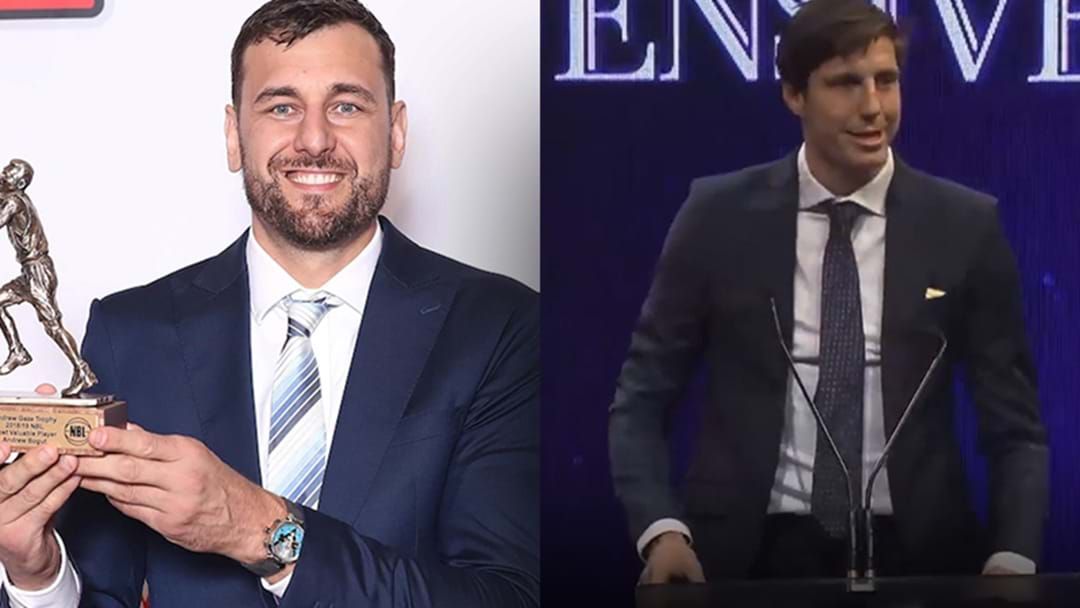 NBL MVP and Sydney Kings own Andrew Bogut has hit back at those who have criticised teammate him &  Dane Pineau for accepting Bogut's defensive award.

Bogut chatted to Triple M's The Rush Hour with MG and opened up on the back story behind the 'stunt'.