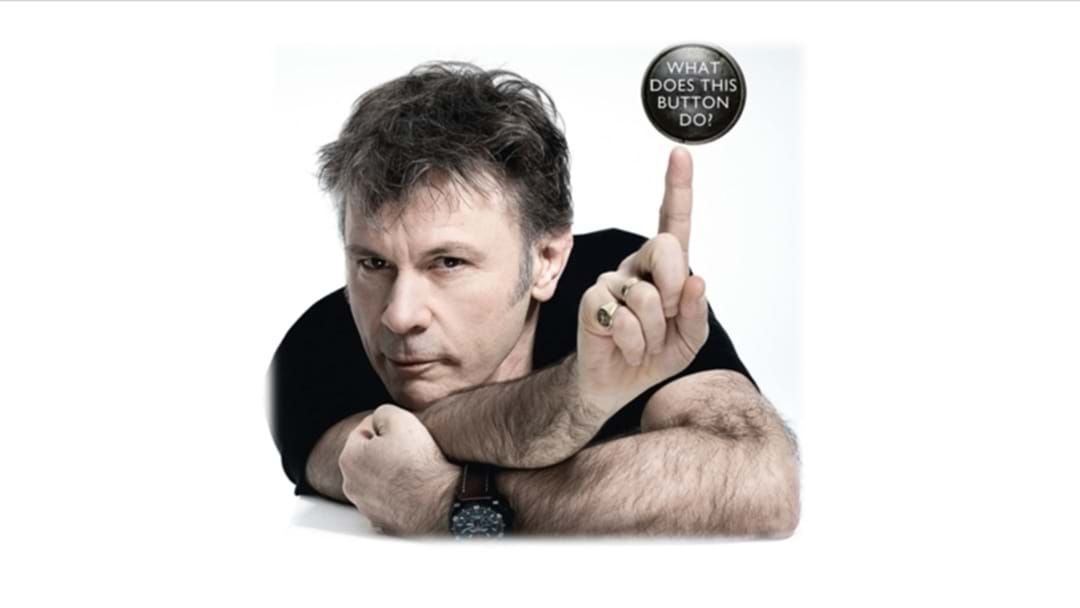 Ahead of his speaking tour Down Under, Iron Maiden legend Bruce Dickinson discusses all things life & Maiden as he joins Iron Hayden on MMM Classic Rock Digital's 'Hard N Heavy'.

"What Does This Button Do?" is Bruce Dickinson's official autobiography. He's now bringing the memoir to life with a special speaking tour of Australia!

The heavy metal front-man is truly a multifaceted individual, from singing and songwriting to aviation, beer brewing and motivational speaking.

In our interview with Bruce, he attributes Maiden's success and longevity to the break he took from 1993. He had this to say about that period of his life, "I did a huge number of things... and a lot of stuff that people didn't hear about, but I learnt so much about life in general... For the first 8/9 Years of Maiden we were in this hugely successful bubble, and we didn't have time to learn much about anything else except how the mini-bar worked!".

He also discusses cooking, graphic novels and Iron Maiden in 2018, in which he attributes "growing old disgracefully" to getting along with his fellow band mates.
"We don't argue about the small stuff anymore, [you] did that when you were 25."

Listen to the full interview below!

You and a friend could WIN the chance to attend Bruce's "What Does This Button Do?" speaking tour. Click here to enter, entries close Thursday 11th October.

Listen: triplem.com.au or
Listen on the Triple M App
Download on iTunes or Google Play.