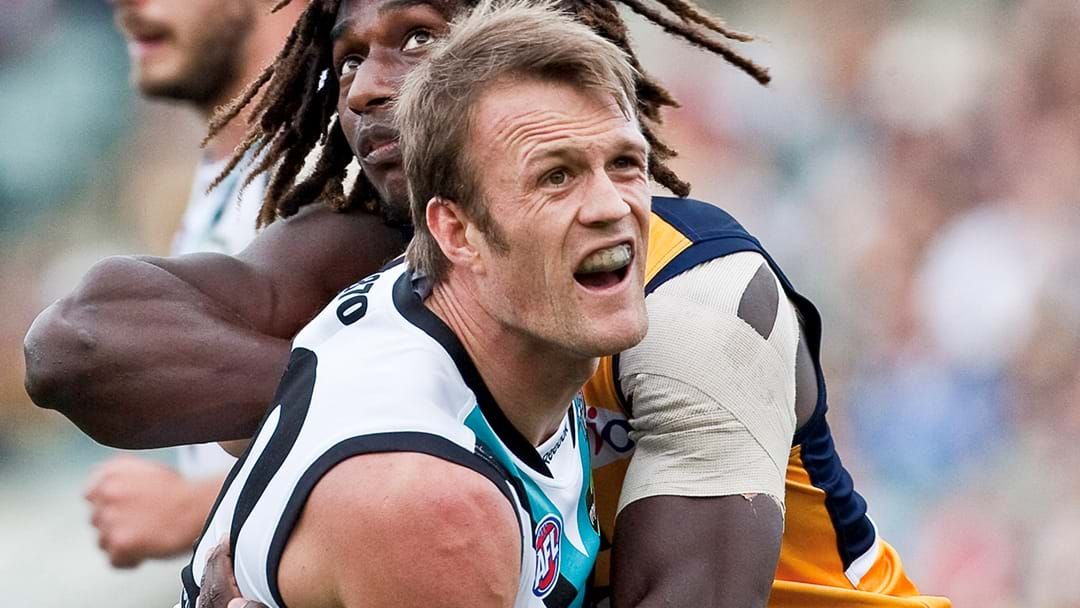 Dean Brogan has named the best Port Adelaide player in their AFL history on Triple M's Rush Hour with Biggles and Blewie.

And he hasn't gone with one of their premiership stars from 2004...

Brogan joined the show in the wake of another epic Showdown, which saw the Power belt the Crows to the tune of 57 points.

One of the masterminds of that win was Robbie Gray, who won Showdown Medal number five on the back of 35 disposals.

Biggles and Blewie asked the premiership ruckman if Gray was becoming the Power's best player in their AFL history - and he agreed.

"His resume is starting to really stack up now," he said.

"I'd say yes. I think by the time he's finished we'll all look back at Robbie...the only thing that Warren (Tredrea) and Gav (Wanganeen) have got over Robbie at the moment is that premiership, and that's one thing Robbie, that's all he plays for now."