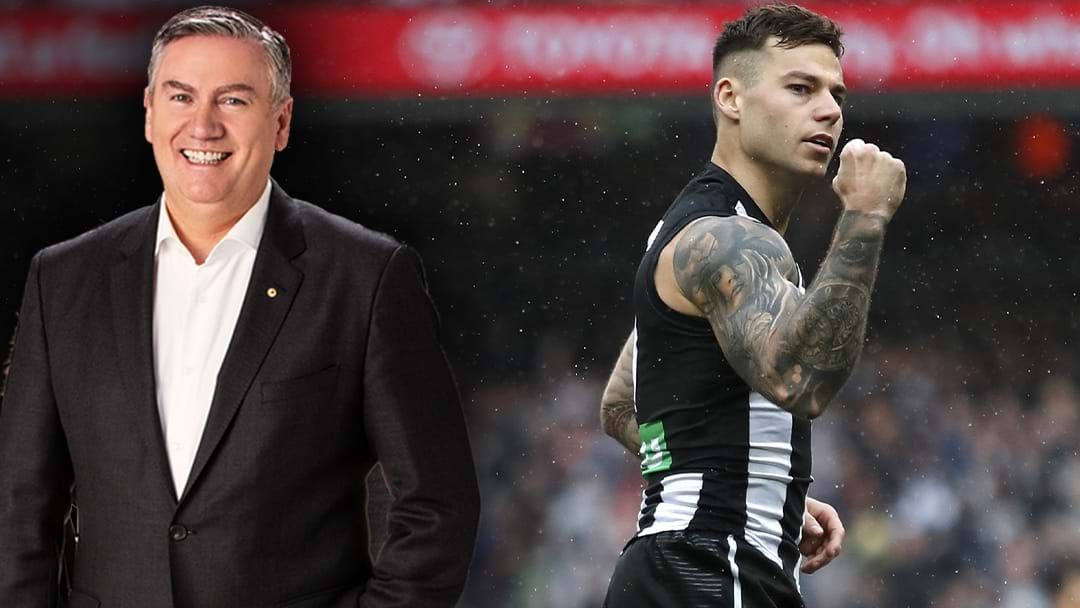 Collingwood forward Jamie Elliott turned his back on a number of rival offers to remain a Magpie for at least the next two seasons.

Magpies president Eddie McGuire told the Hot Breakfast this morning he was delighted to keep the high-flyer at Collingwood and explained the process of Elliott recommitting to the Pies.

Elliott toured the facilities at Brisbane and was also approached Melbourne over the off-season.

"I think the main thing, just on that one, is that Jamie Elliott at no stage said 'I want out'", McGuire said.

"Everyone was fully across what was going on... He did it in a very professional manner, and at no stage did he put the gun to anyone's head at Collingwood.

"Jamie is one of the best players at the club, he's so loved."