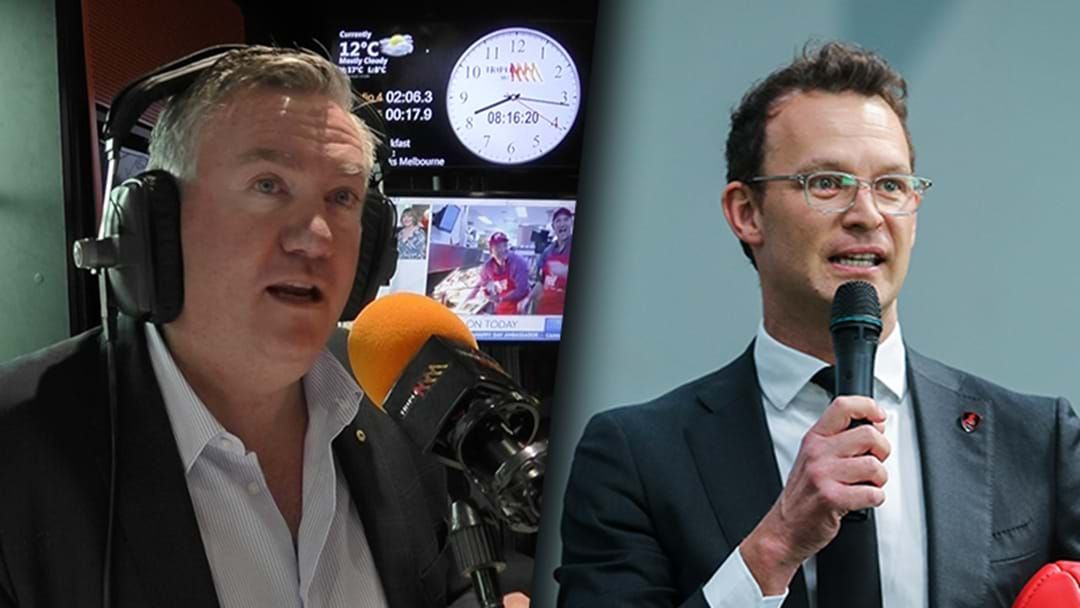 Eddie McGuire had some mail on the future of Essendon’s CEO Xavier Campnell on the Hot Breakfast this morning.

Ed was giving an update on Essendon’s financial results when he slipped the mail in.

“The Bombers are in rude financial health, and that’s been announced by Chief Executive Officer Xavier Campbell who will probably be resigning shortly and going to the AFL,” Ed said.

He had some details on the likely role, as well.

“There’s a new position that’s been advertised, and I’m led to believe there’s some very impressive people going for it,” Ed said.

“Not 2IC to Gil, but a position that is the next level down.”