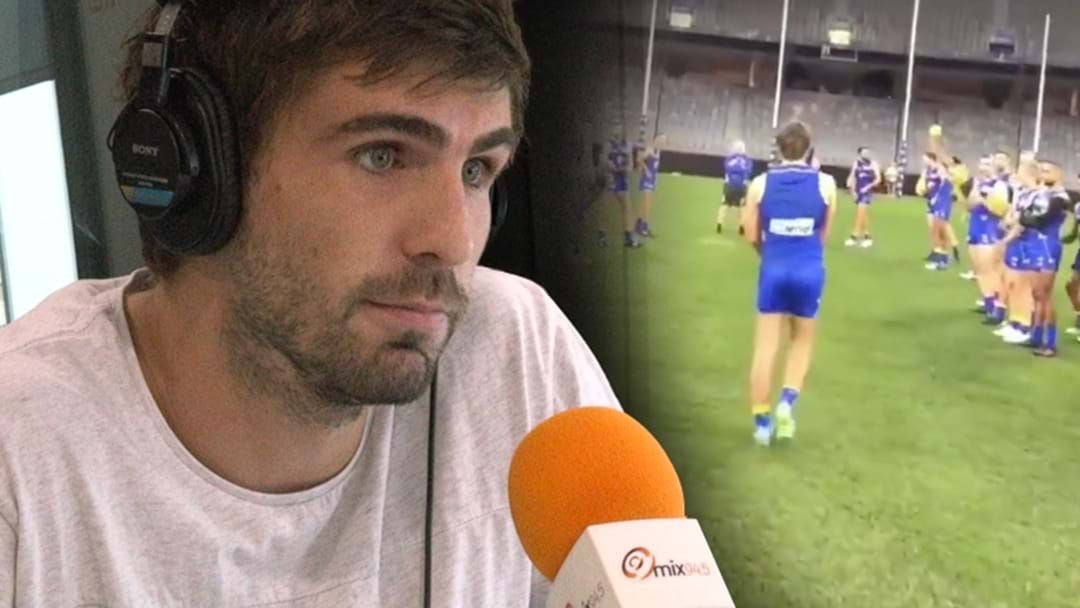 Today, Andrew Gaff went on the front foot to apologise over a video that went viral yesterday, where an Eagles teammate is heard to be yelling "Andrew Brayshaw" in an attempt to put Gaff off his proverbial game.

As revealed to The Big Breakfast, Gaff has labelled it "disrespectful".

The footage, reportedly taken at training earlier this week, was released by the West Coast Eagles via their Instagram account.

As Clairsy alludes to in the full chat, it has since been taken down.

The chat in full is actually chock full of more lighthearted moments, including how Gaffy gorged himself at Epicurean on his birthday and how he managed to survive a sodden game of golf at St. Andrews.