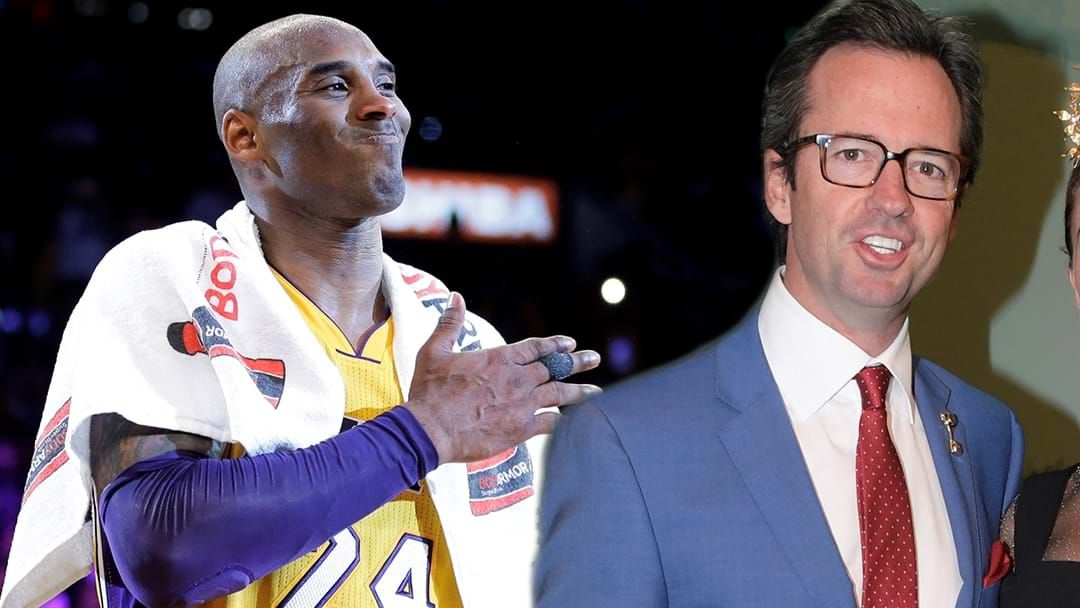 Kobe Bryant came down to Melbourne for The Mamba Mentality, an exclusive and lucrative chat.

Hamish spent a fair bit of time with down during his stint here, and had high praise for the NBA legend, sharing two brilliant stories about what he was like.

"I don't reckon I've ever been in the company of a guy that makes things easiest," he said.

"(Roger) Federer's like that...he's also extraordinary generous with his time and welcoming.

"He used my name a lot - when people use your name a lot you know that they've remembered your name and taken the time, so he's one of those guys."