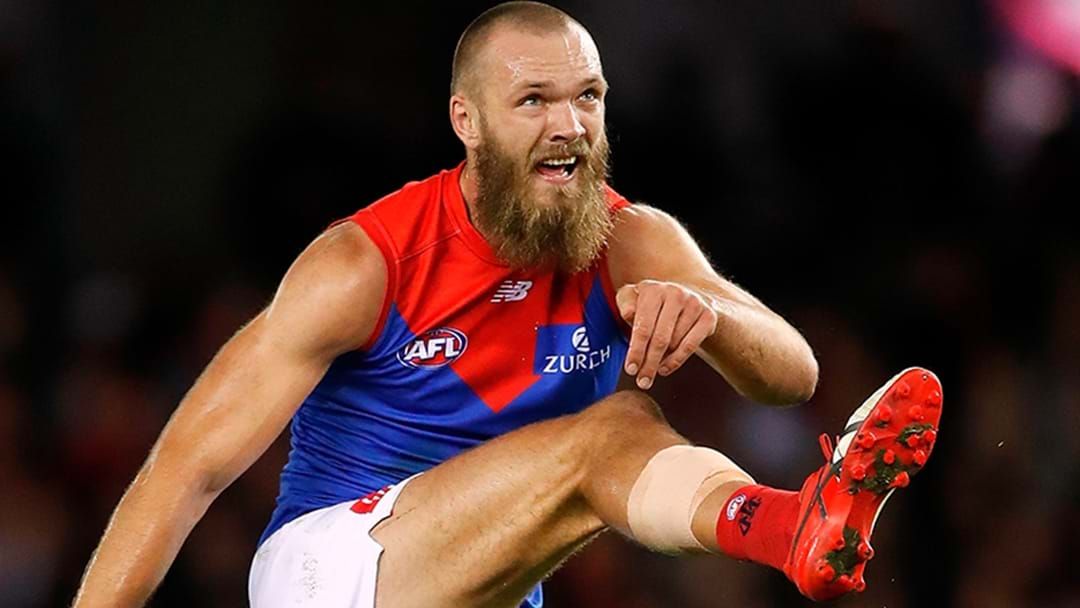 Melbourne midfielder James Harmes joined Triple M's Dead Set Legends yesterday and strongly indicated that ruckman Max Gawn will step up as a co-captain of the Demons in 2020.

Longstanding skipper Nathan Jones made the decision to stand down as an offical leader at the end of the 2019 season.

Harmes believes that Gawn will lead the side alongside current co-captain Jack Viney.

"I think 'Big Maxy' will probably slide in there and you'll probably see Jack (Viney) and Max leading the boys out next year," Harmes told Triple M's Dead Set Legends.

Catch the full chat with James Harmes below: