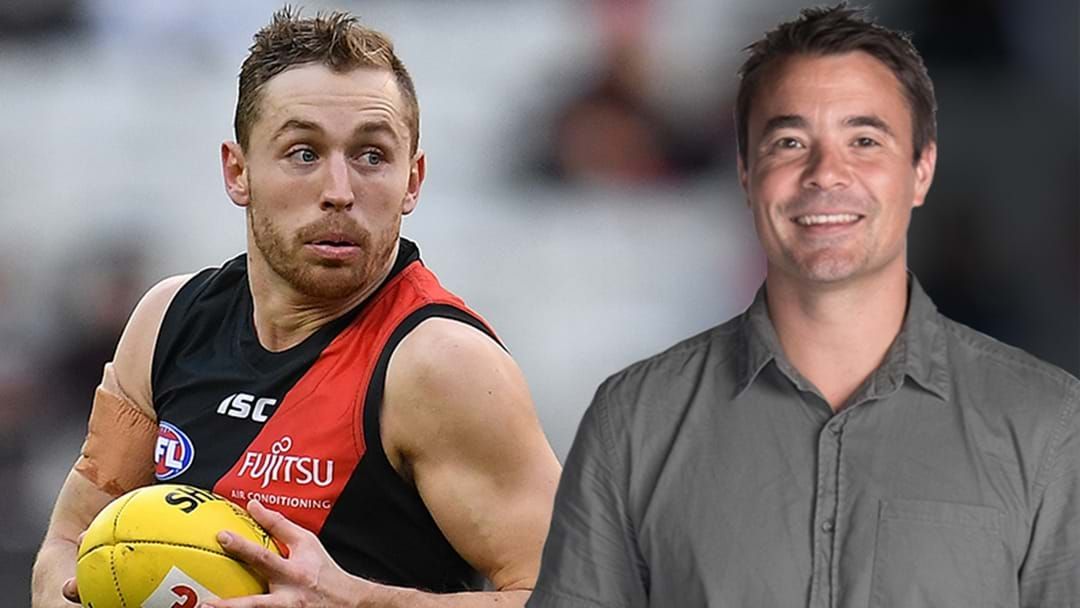 Triple M's Jay Clark says Essendon star Devon Smith will be sidelined with a "partial tear" of his right bicep.

Smith, who joined the Bombers last season and dominated, winning the Crichton Medal and leading the competition in tackles, will be sidelined, Clarky said on Triple M's Dead Set Legends on Saturday.

"(He's got a) partial tear of his very big right bicep," he said.

"That might affect his tackling a little bit," he said.