"I think Collingwood will re-sign him." 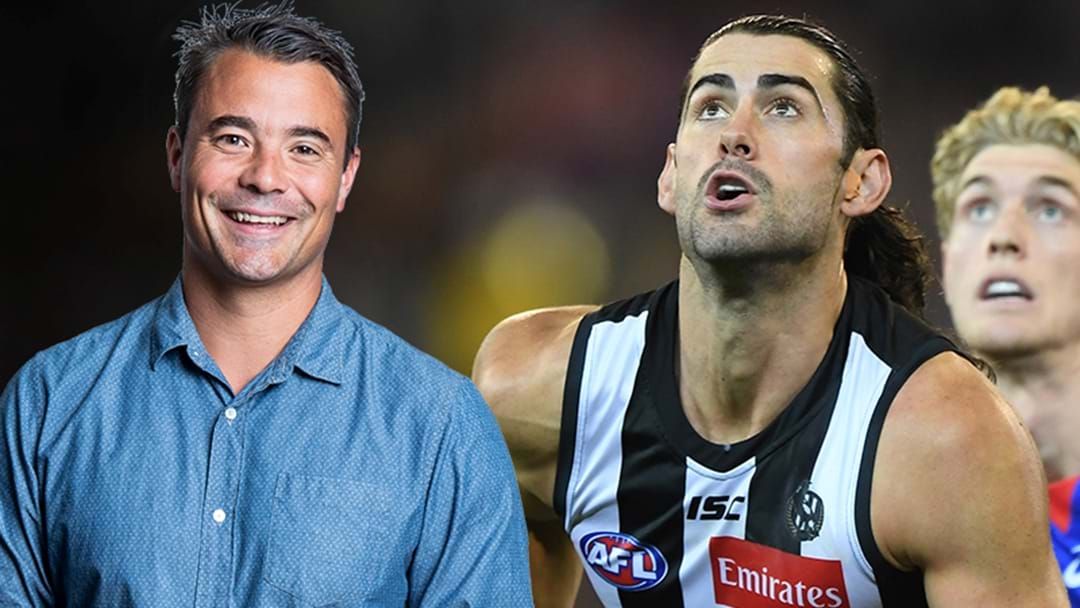 Triple M's Jay Clark has dropped some info on Brodie Grundy's contact, believing the Pies will "re-sign him this year" on a whopping new deal.

Talk circulated that Adelaide should chase after Grundy to replace Sam Jacobs, who is entering the twilight of his career.

But Clarky believes the Pies will offer the South Australian a huge amount of cash to stay, naming his price.

"I think Collingwood will re-sign him this year," he said on Dead Set Legends on Saturday morning.

Joey Montagna said he was worth it, believing him and Jordan De Goey are their two most valuable players.

"I think Brodie Grundy's one of their most important players, absolutely," he said.

"As good as their midfielders are, and we've seen it, there's a lot of midfield talent out there that you can get and afford to pay."