A huge loss for the Cats 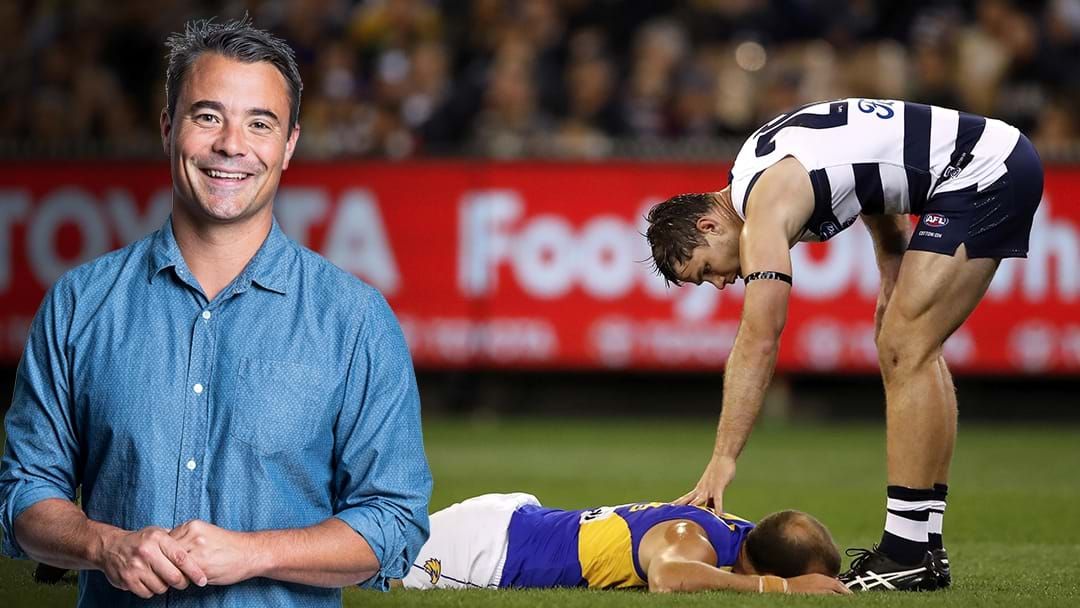 Speaking on Dead Set Legends this morning, Jay Clark said that there is no doubt Tom Hawkins will be offered a one-week suspension from the MRO today.

Hawkins was caught striking West Coast defender Will Schofield in last night's semi-final win, and with the hit being off the ball, Jay says he won't be able to avoid suspension

“Because it is off the play, it simply has to be graded as intentional."

Jay believes that the hit will be graded as high contact, low impact, and intentional, which with the MRO grading would see Hawkins suspended for one week, pending an appeal.