Freo have stayed firm so far 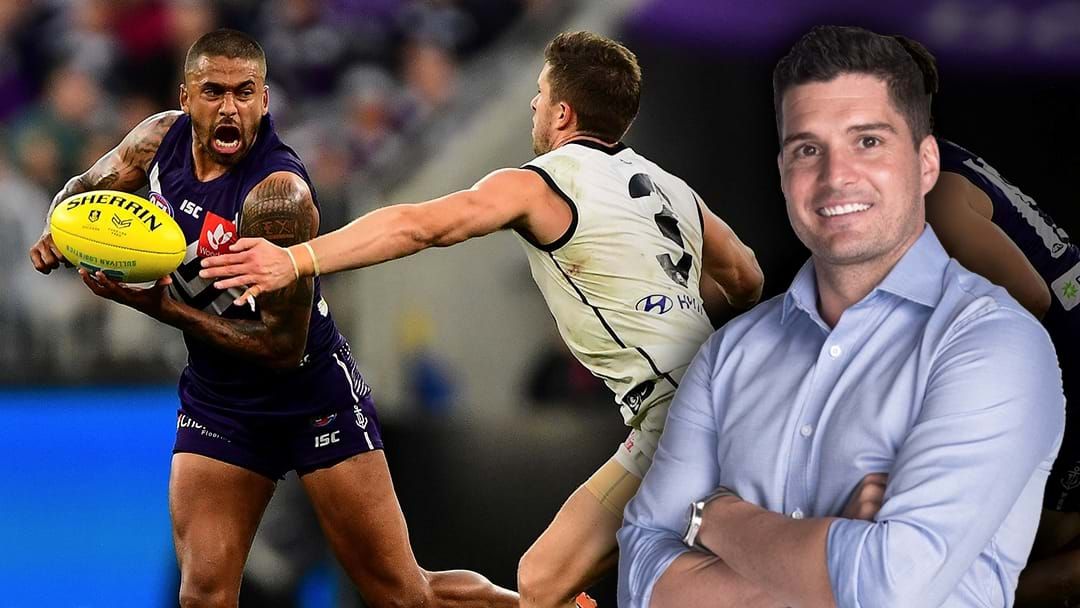 Leigh Montagna believes that Fremantle has handled the Brad Hill negations perfectly, and that they should continue to play hardball with St Kilda.

Fremantle reportedly knocked back St Kilda’s offer of Pick 6 and a future second-rounder for their contracted star.

Montagna said that he is a big fan of the way Fremantle have dealt with his former club.

“It’s up to St Kilda to get the deal done. If I’m Fremantle, I would play hardball because what’s the worst case scenario? They have Brad Hill playing on the wing next season.”