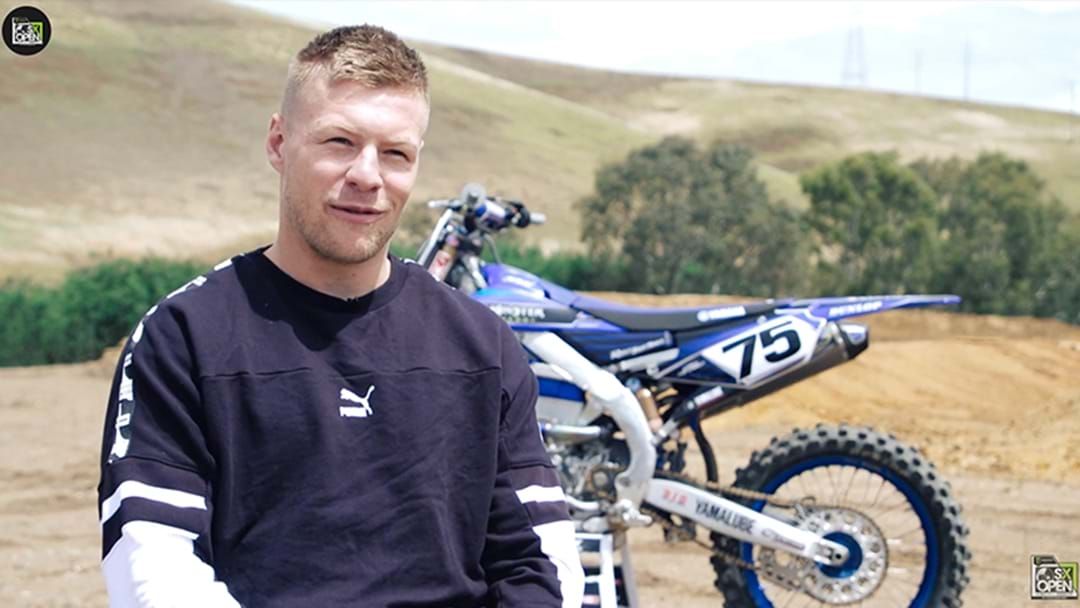 Collingwood star Jordan de Goey has fronted his president Eddie McGuire to explain why he’s competing in a dirt bike race at the AUS-X Open on the Hot Breakfast this morning.

“Yeah, sorry to let you know Ed, but I will be participating in a race,” De Goey said.

“It’s only on a mini-bike which is alright, so I think that’s the main thing… I grew up doing it (riding bikes) as a kid, so I’ve done it since I was about four years old.

“So when the offer came in it was one of them ones I couldn’t really resist so it should be a bit of fun.”

The event is on at Marvel Stadium on November 30, and you can get tickets here.

De Goey also discussed his off-season dinner with Ed and Dustin Martin, his hamstring and more.