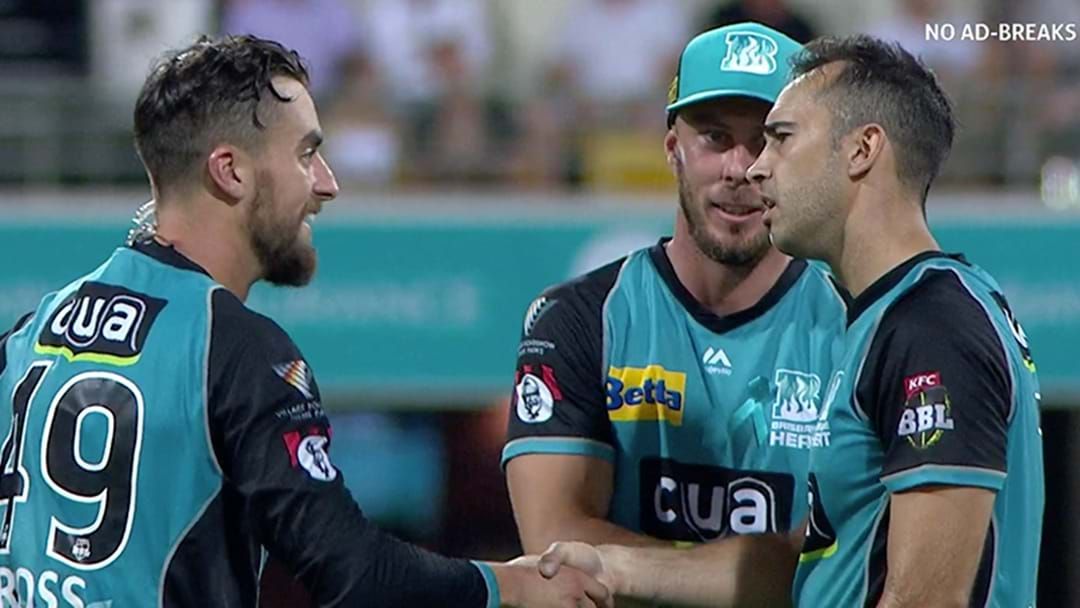 Lalor, bowling the final over against the Scorchers, dismissed Matt Kelly with his first ball and then took a second wicket with his next, with Nick Hobson skying one to 'keeper Jimmy Peirson.

But, aside from the commentators, no one knew it was a hat trick - Lalor had actually taken a wicket with the final ball of his previous over, making it three in three.

Channel 7 commentators had to tell Heat batsman Alex Ross, who was wearing a mic, that there'd just been a hat trick, with Ross promptly sprinting across the field to let Lalor know.

"You've got a hat trick brother!"

Peirson had no idea either, with Adam Gilchrist asking him if he knew about the hat trick on Fox Sports.

"Was that a hat trick? You're kidding!" he replied.

ALEX ROSS FINDS OUT ABOUT THE HAT TRICK:

JIMMY PEIRSON FINDS OUT HE CAUGHT A HAT TRICK BALL: