Coxy talked us through it. 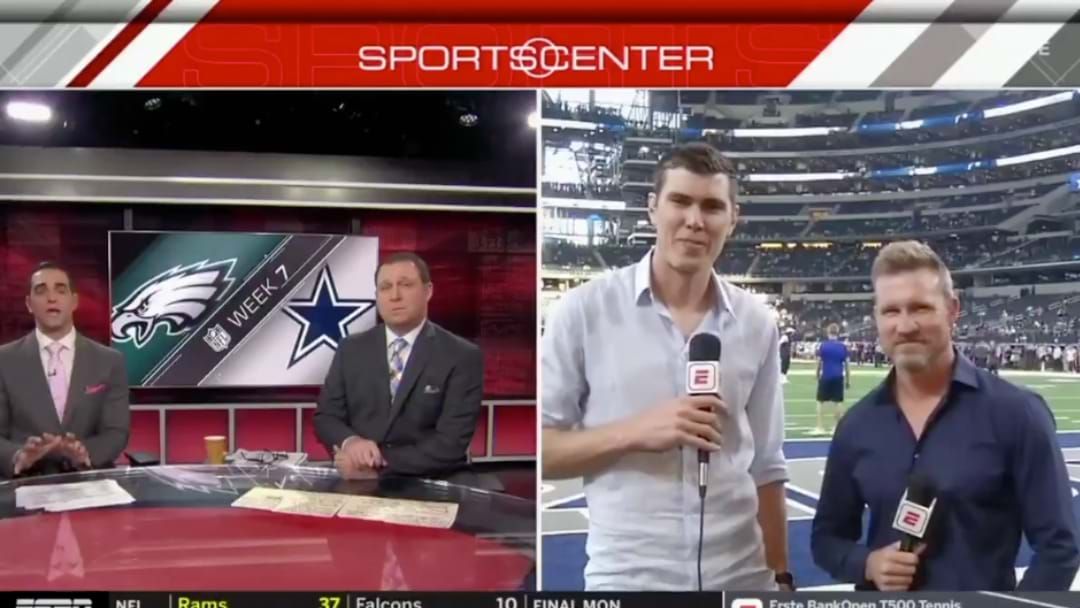 The Hot Breakfast were joined by Collingwood forward Mason Cox & senior coach Nathan Buckley in the wake of their appearance on ESPN yesterday.

Mason Cox was asked a curly question about the big screen at the stadium, with a bizarre reference to his height.

But while the question might not have made any sense to an Australian audience, Mason explained that the clearance level of the screen was quite low and added some context to the situation.

After the team had a word to the big American Pie, he handed the phone over to Nathan Buckley to talk about what he was up to in the States.