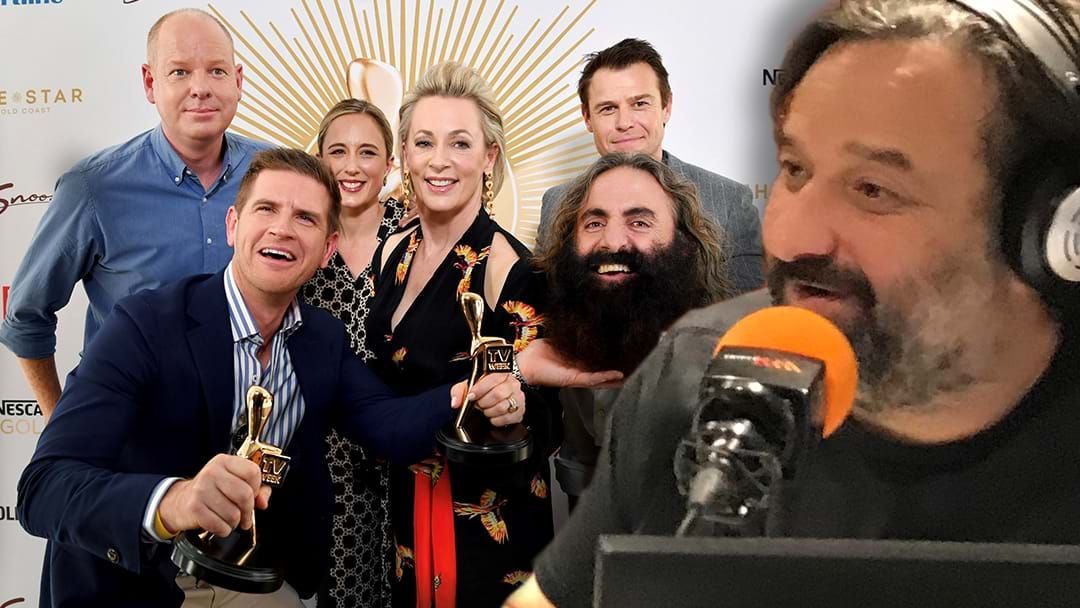 Mick Molloy has absolutely ripped into the Logies on Kennedy Molloy!

Jane was giving her update on what was happening with the Logies, which are awarded in two weeks' time, mentioning actor Chris Hemsworth was up for an award for the best ad.

That tipped Mick over the edge!

"They've got no category for what I do, which is best sports entertainment program, which by the way has about 20 shows on telly," he said.

MICK UNLOADS ON THE LOGIES: