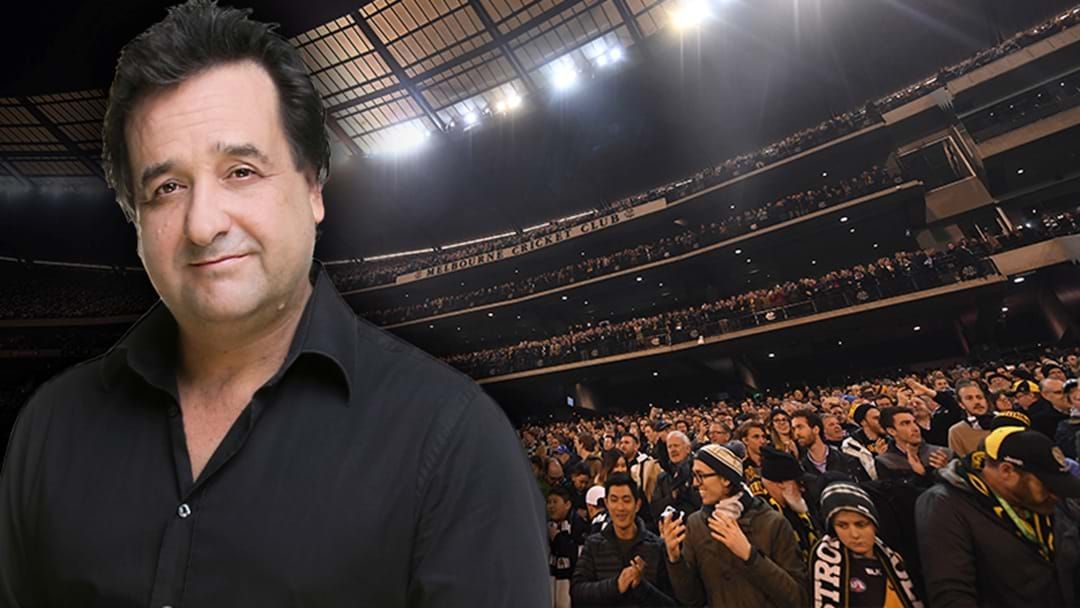 Mick Molloy's caught wind of the incident that saw an AFL fan kicked out for calling umpire Matthew Nicholls a "bald-headed flog".

And he's not a happy man!

"There's footage of this guy being escorted from the ground for calling someone a bald-headed flog!" he said.

"I believe the AFL have now jumped the shark and are officially encouraging people to not go to the footy.