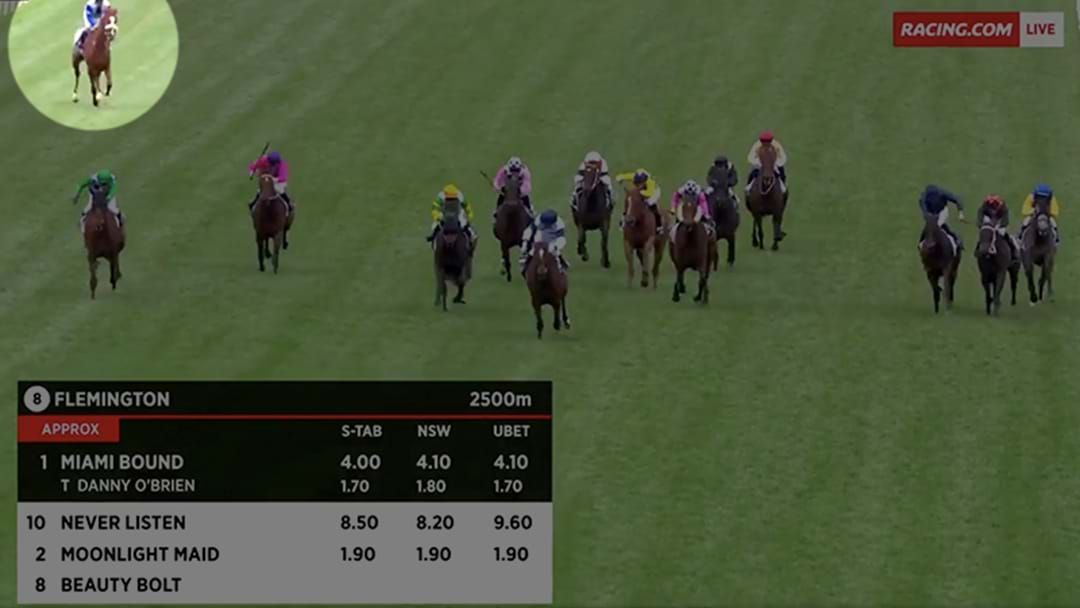 Jane Kennedy was off Kennedy Molloy today to watch her horse Victory Approach - ridden and trained by Michelle Payne - run in the Kennedy Oaks.

So all eyes were on the race in the studio.

Mick Molloy and Adam Rozenbachs were live in the studio as the race went on, watching intently to see what happened.