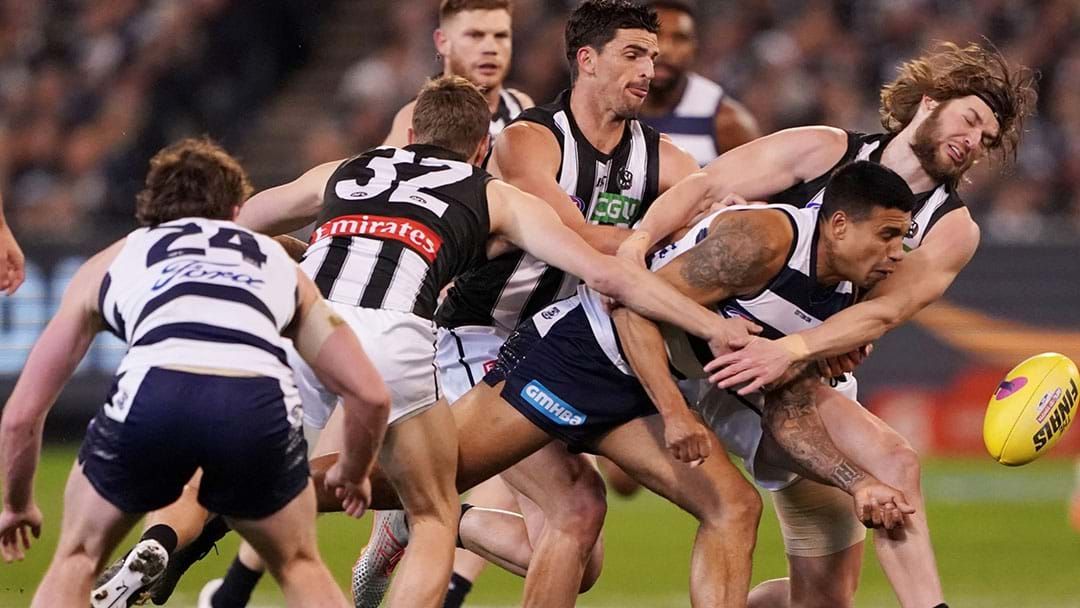 Nathan Buckley has weighed in on the guernsey clash from last night's qualifying final, saying that he doesn't think it affected the players' ability to distinguish their team mates.

It has been the subject of debate on social media since the first bounce, with some spectators asking questions about the absence of a Collingwood clash strip.

LISTEN TO BUCKLEY'S THOUGHTS BELOW:

"It didn't seem to me like there were any circumstances where a player was actually impacted or affected by not knowing whether that was his team mate or not," Buckley said on the Saturday Rub.

"Having said that I understand how this has the capacity to become some sort of issue."