"They had a very tall bong!" 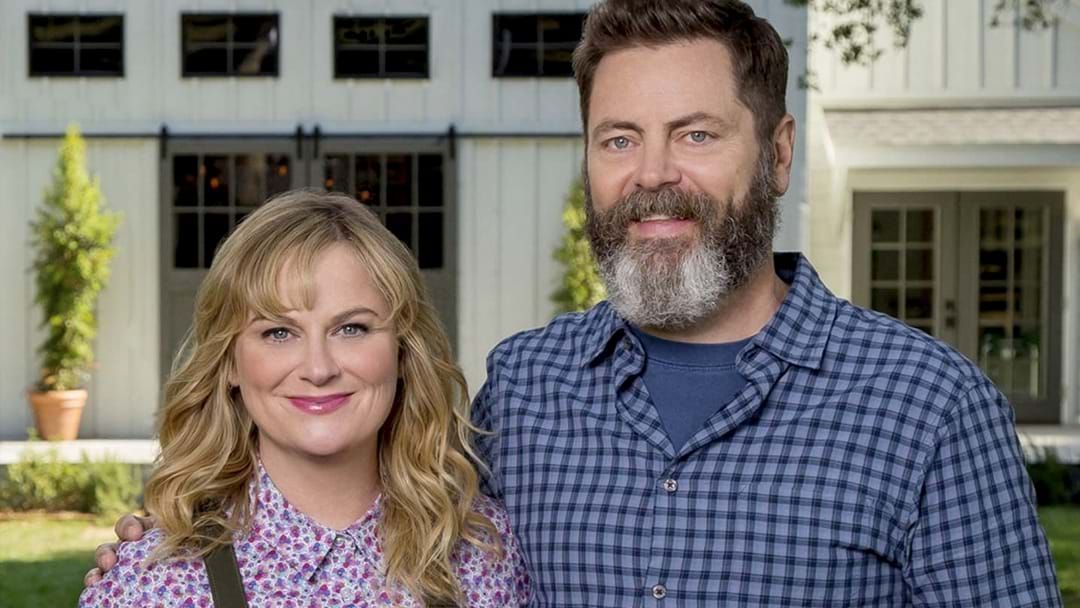 Nick Offerman has shared a brilliant story about how he met Parks and Recreation co-star Amy Poehler at a house party.

“I’ve always felt like a sibling, an annoying big brother (to her),” Offerman told Kennedy Molloy on Friday.

“It is a greater community of showbiz people, show folk."

He told Jane Kennedy and Mick Molloy the two met at a house party back when he was practising literature and she was working on her stand-up.

“I met Amy at a house party," he laughed.

“And they had a very tall bong at their house!

“We never saw each other’s work. I knew she made up stuff in a bar and I performed works of literature on a stage."