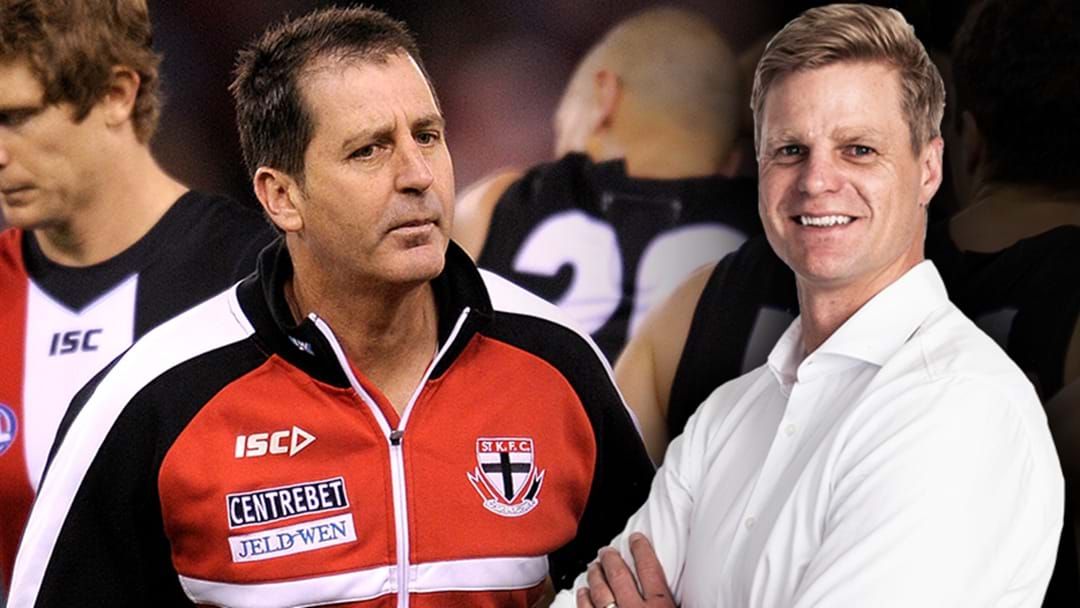 Triple M Footy's Nick Riewoldt has read out some of the best and weirdest quotes from Ross Lyon during their time at St Kilda.

Joining Triple M's Rush Hour on Tuesday, JB flashed back to the Big Freeze the day before when Lyon dressed up as a cobbler.

It was a reference to one of his famous press conference quotes: "let the cobblers do the cobbling".

Riewoldt revealed Lyon had a lot more of those up his sleeve, reading out some of his favourites.

"What does that mean?" Billy asked.

Tune in to Triple M's Rush Hour with JB and Billy every weekday from 2pm on 105.1 Triple M, or subscribe to the Catch Up podcast via the Triple M app!