"That requires no talent." 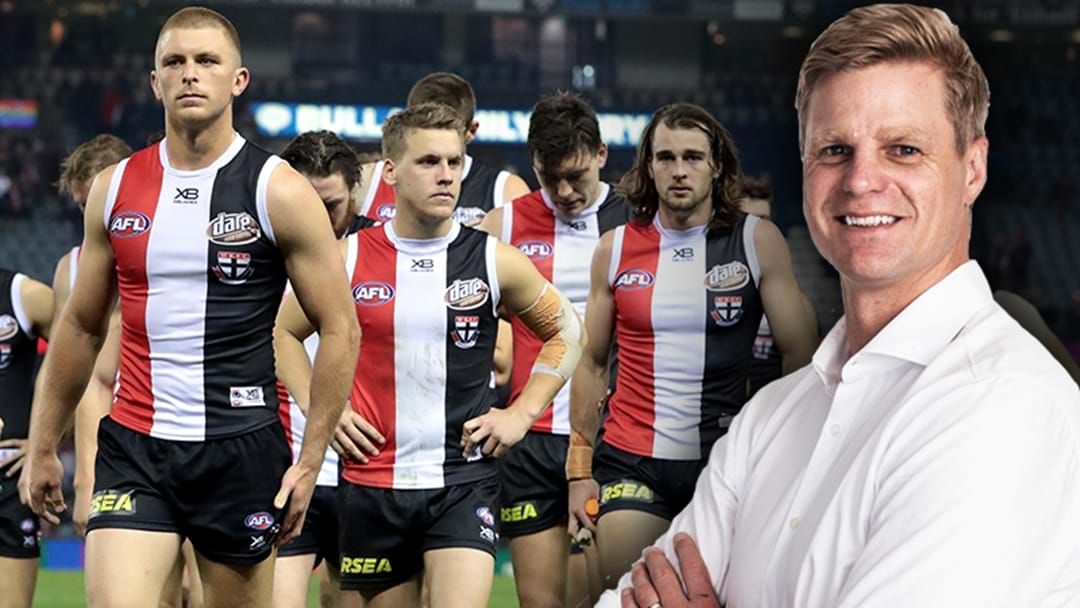 Triple M Footy's Nick Riewoldt has pointed out one point of St Kilda's drop off this year that he finds "hard to understand".

The Saints have dropped down to 16th on the ladder and have just one win and a draw from 12 games this season.

Riewoldt - who went to the loss to Sydney on the weekend as a spectator with his old man - pointed out an element of their game where the Saints ranked highly in previous years during their push up the ladder.

This year? They rank 17th in the competition, according to Roo.

"That requires no talent," he said.

Tune in to Triple M's Rush Hour with JB and Billy every weekday from 2pm on 105.1 Triple M, or subscribe to the Catch Up podcast via the Triple M app!