LISTEN: Our Premier With One More Cheeky Swipe At Victorian AFL Clubs

LISTEN: Our Premier With One More Cheeky Swipe At Victorian AFL Clubs 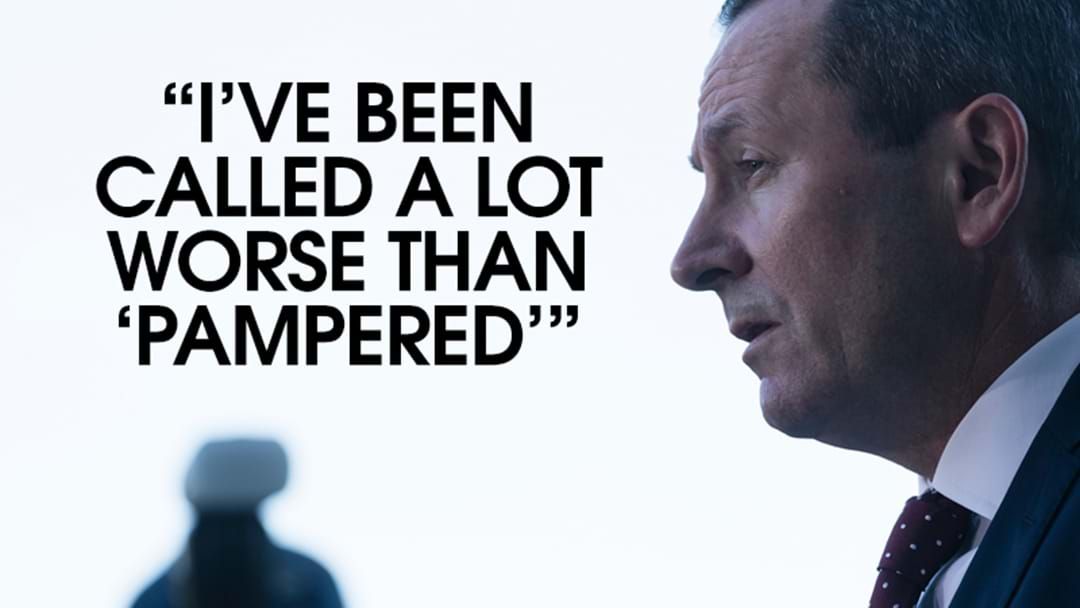 This morning, Mark McGowan told Clairsy, Matt and Kymba that he's not losing any sleep over his call that the Victorian AFL teams are essentially pampered.

AFL legends Matthew Lloyd and Garry Lyon are just two names that have been critical of McGowan's stance, and this morning, McGowan fired back.

Of course, this is just one of the many topics currently circulating in the midst of our journey out of this Covid-19 hell. McGowan also responded to Opposition Leader Liza Harvey's calls to relax our state borders and also, McGowan revealed how he's making plans to remove much of the red tape around getting things done in WA.

Interestingly, the Premier also gave his reaction to that painting of him by local artist Esther Longhurst, the one made out of Vegemite.

Listen to the Premier's full chat below.