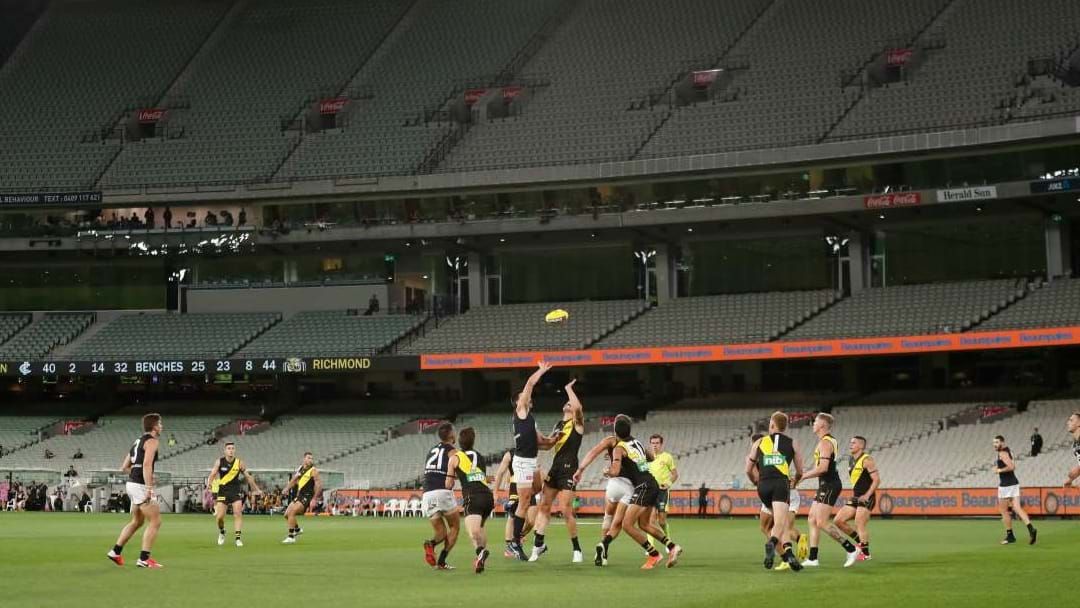 Channel 7 released an audio example of the artificial crowd noise that will be used during the football coverage when footy returns.

The broadcaster received plenty of feedback after Round 1 about the notable absence of the crowd and lack of atmosphere during the game.

The audio example played on the Hot Breakfast this morning was one of the lower levels of crowd noise, but Channel 7's Tom Browne told Eddie & Darc that there are many other different levels that can be used.

Luke Darcy said he wouldn't mind hearing more of what was happening on the field to give the viewers more insight into the game.

In case you missed it earlier this morning, Eddie & Darc squared off with Roo & Ditts over the Victoria v SA state rivalry! They didn't hold back: